There Is No Right to Religious Proselytizing in U.S. Military 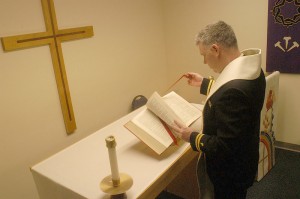 Todd Starnes of Fox News recently ignited a firestorm of controversy when he reported:

Religious liberty groups have grave concerns after they learned the Pentagon is vetting its guide on religious tolerance with a group [the Military Religious Freedom Foundation, or MRFF] that compared Christian evangelism to “rape” and advocated that military personnel who proselytize should be court martialed.

Also in the Fox article, the president of the Family Research Council commented on the recent Pentagon meeting with the MRFF, stating, “It threatens to treat service members caught witnessing as enemies of the state. Non-compliance, the Pentagon suggests, even from ordained chaplains could result in court-martialing on a case-by-case basis.”

Conservative media quickly seized on the story to criticize the Pentagon’s policy and to suggest that it was part of “an agenda to destroy any vestiges of Christianity in our military.”

However, Starnes failed to report important details of the story, and the claims of a deliberate Christian purge are patently unwarranted.

Had Starnes quoted the most relevant portion of the comments of Pentagon spokesperson Lieutenant Commander Nate Christensen, readers would have learned the following: . . .