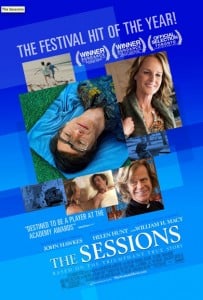 The Sessions tells the remarkable story of Mark O’Brien, who contracted polio at age six in 1955 and relied on an iron lung for the rest of his life. Despite his severe disability—he could move only his neck and face muscles and could leave the iron lung for only a few hours at a time—O’Brien attended college, became a poet and journalist, and pursued sex and romance. The film focuses on this last pursuit; the “sessions” refer to O’Brien’s visits with a sex surrogate (a therapist who has sex with clients), which took place when O’Brien was thirty-six years old. These sessions enabled O’Brien to pursue romantic love later in life.

The film is tough to watch, for O’Brien’s life was not an easy one. And yet his story is profoundly inspirational. If this man with his severe disability could passionately pursue an education, a career, and sex and romance, then what excuse could the rest of us possibly have for not ambitiously pursuing our own values? . . .

View all articles by Ari Armstrong →
Letter to the Editor
Review: The IntouchablesInterview with Artist Ifat Glassman
Return to Top