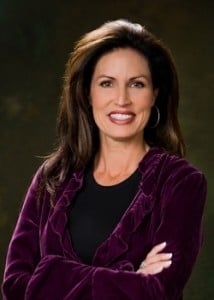 You know, the Age of Enlightenment and Reason gave way to moral relativism. And moral relativism is what led us all the way down the dark path to the Holocaust. . . . Dark periods of history is what we arrive at when we leave God out of the equation.

Andrew Bernstein answered just this sort of claim during his debate with Dinesh D’Souza:

[T]he Nazis are overt emotionalists. There’s nobody who could be a better example of rejecting the Enlightenment and a commitment to reason than the National Socialists. How did they [allegedly] know their moral superiority based on racial inheritance? . . . Nazis answered it themselves. “We just feel it in our blood and our bowels.” . . . They were overt emotionalists. They reject reason and logic as a Jewish tool. It’s sensationalism, bodily, visceral sensations and emotions that animate the National Socialists—not reason and the Enlightenment commitment to reason.

As for what the Enlightenment actually led to, Bernstein addressed that as well:

Nance has chosen her side in that struggle. It is up to each of us to decide what we stand for: reason or unreason.