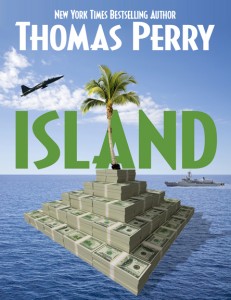 From Victor Hugo’s The Man Who Laughs to Nevil Shute’s Trustee from the Toolroom, many of the best books ever written have until recently been hard to find and therefore often expensive to purchase.

This was partly because of limited shelf space at the major bookstores and partly because of the costs associated with printing new editions. اسرار لعبة الروليت But thanks to recent advances in technology, many such books are easier to find and cheaper to buy than ever before.

One example is Thomas Perry’s Island, which was long out of print but is now back on the market in electronic form for just $6.99.

Island opens with Harry and Emma Erskine, two likable con artists on the run from Fat Jimmy, a gangster whose money they stole and whose henchmen are now hunting for them.

During the chase, Harry proves for the first time, but not the last, that he is relentlessly positive in the face of obstacles. انواع البوكر For example, when Emma tells him their pursuers will be where they are in just an hour, Harry responds, “If everybody who wants us dead stays an hour behind us, that’s a pretty good life,” and adds, “We’re in terrific shape” (loc. العاب للفوز بجوائز حقيقية 87).

Harry and Emma soon team up with Lord Carnarvon, a Carib Indian with an uncanny knowledge of the seas. Initially, all Harry and Emma care about when they first meet him is that he has a boat and is willing to sneak them out of the country in exchange for cash. Given what Harry finds on the boat, however, and given the moneymaking idea this discovery inspires, they soon come to prize both Lord Carnarvon’s knowledge and his ancestry. . . .

View all articles by Daniel Wahl →
Review: Priceless: Curing the Healthcare Crisis, by John C. GoodmanReview: The Year of Living Biblically, by A. J. Jacobs
Return to Top