Is Your State in an Economic Rut? North Dakota has the Solution 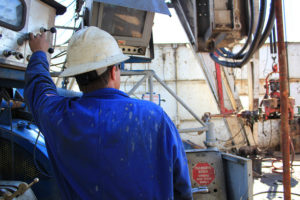 The U.S. Bureau of Labor Statistics ranks North Dakota’s 3.3 percent unemployment rate as the lowest in the country. Its cities of Bismark, Fargo, and Grand Forks rank first, second, and seventh on the list of U.S. cities with the lowest levels of unemployment.

The key driver of the relatively high employment in these regions is private investment in the exploration and production of oil and gas. There are currently 174 active drilling rigs in the North Dakota. How substantial is this? All of Europe has 133 rigs, and the entire resource-rich continent of Africa has 115.

While the bureaucracies of Europe and Africa discuss possible development, North Dakotans continue to expand their productive capacity.

What distinguishes North Dakota from all of the countries and regions on those continents? One key difference is that North Dakotans have developed their contract law governing private property and mineral rights into a relatively pro-business legal and regulatory framework that attracts investment. Convinced that investing will yield returns, explorers and producers have invested billions in the region, building infrastructure and attracting the service and support companies that provide the advanced technology necessary to produce oil.

In Europe, by contrast, there is no recognition of private mineral rights. Minerals are legally state owned; thus, there is no profit-seeking owner with the incentive to oversee the productive development of these resources—and, to use them in any way, developers must curry favor with politicians and bureaucrats rather than contract with private property owners.

Any state or region that wants to pull itself out of an economic rut would do well to emulate North Dakota’s (relative) recognition of property rights and its system of pro-business contract law. These are what unleashed reason and technology in the region’s oil industry and enabled the goods to flow.