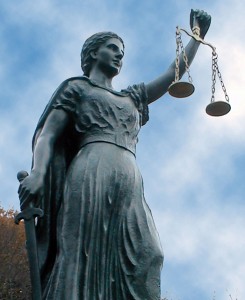 Yesterday a Pennsylvania jury convicted Kermit Gosnell of first-degree murder for killing three babies, of involuntary manslaughter for contributing to the drug overdose of a pregnant woman, and of various other offenses.

According to the grand jury report of the case (as cited by the Atlantic), Gosnell “regularly and illegally delivered live, viable babies in the third trimester of pregnancy—and then murdered these newborns by severing their spinal cords with scissors.” According to the grand jury report, Gosnell’s gruesome rights violations were far worse and greater in number than those covered by the convictions. Readers who can stomach the grisly details may see the Atlantic’s article.

Unfortunately, though predictably, some opponents of abortion have cited the Gosnell case in their call to outlaw all abortion. Such activists pretend that there is no moral difference between infanticide and early-term abortion (and 88 percent of abortions occur in the first twelve weeks of pregnancy, while 98.5 percent occur within the first twenty weeks). They also pretend that there is no relevant distinction between a fetus wholly contained within and dependent upon a woman’s body, and a born infant living independently of and separately from her body—that is, a newborn person.

A born infant is an actual person with rights, not merely a potential person. Gosnell ignored this critical distinction and intentionally killed born infants—which is why he richly deserved his murder convictions.

View all articles by Ari Armstrong →
Benghazi Assault Was a Moral Atrocity, Not a “Sideshow”IRS Violates Americans’ Rights Every Day
Return to Top