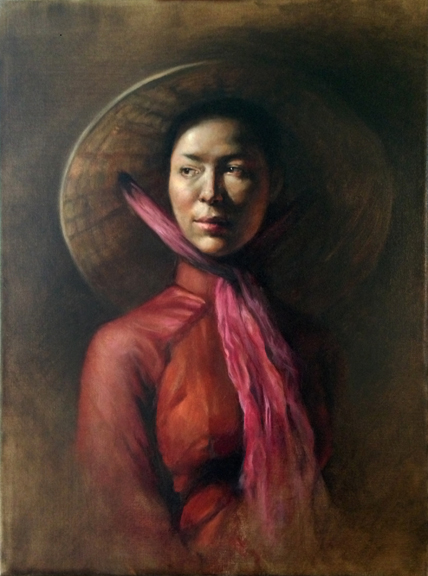 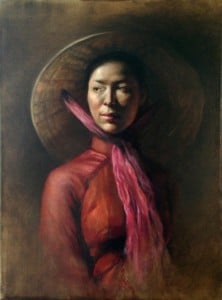 Many readers of The Objective Standard enjoyed Ifat Glassman’s portrait of Ayn Rand, which adorned the cover of the Fall 2012 issue of the journal, so I’ve decided to share some more of her works here along with a brief interview with Ms. Glassman. —Craig Biddle

Craig Biddle: Thank you again, Ifat, for the beautiful portrait of Ayn Rand—and now also for taking time to tell our readers a little about yourself and your work. How did you get involved in the arts?

Ifat Glassman: I’ve been drawing since I was a kid. At first, I would draw cartoons and princesses. Later, I drew fashion designs, farriers, and various figures. I was enchanted by all the old, animated Disney movies and fascinated by the imagination and skill that went into making them.

When I was twelve, my family took me to the Louvre museum in Paris, and this was the first time I was exposed to the world of classical realism, which is what I’m studying now. That trip really inspired me and broadened my understanding of what can be done. Later that year my parents bought me an easel and some oil paints, and I started producing oil paintings for the first time, which further fascinated me with the possibilities.

Ever since high school, I’ve always carried a sketchbook with me—I’ve always been drawing or painting something. So I think I could say that instead of getting involved in art, I was always involved and simply never dropped out. 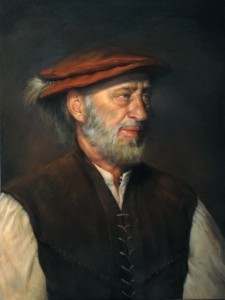 The Merchant, by Ifat Glassman

CB: I understand you’re currently studying at the Georgetown Atelier. What is an atelier? And what’s involved in studying at Georgetown?

IG: An atelier is an art school that uses a certain type of regimented training in representational art. To the best of my knowledge, such schools were prevalent from the Middle Ages through the 19th century, then all but disappeared. Only recently, in the past fifteen years or so, have they reemerged. 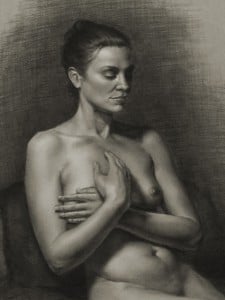 In the old times, an atelier involved one master artist and a small group of students, or apprentices. The students would live with the master and study rigorously for seven or so years, pretty much every day, all day. At first, students would only do “master copies,” which means copies of works of accomplished artists, and only in charcoal. Later, they would draw from casts of sculptures, which would teach them to see and render value. Eventually they were permitted to work from a live model. It typically took years before they started working in paint, and even then they would start with only one color and gradually use more. The education would last about seven years, after which the student was regarded as ready to work on his or her own and was considered “an artist.”

To pay for the training, students would do work for the master—stretch his canvases, clean his brushes, or whatever. Today, of course, we just pay tuition; the programs are not as long (mine is only three years); and we get to work with live models sooner. Thank goodness! But the general idea and method of education are essentially the same. . . .

View all articles by Craig Biddle →
Review: The SessionsReview: The DIM Hypothesis: Why the Lights of the West Are Going Out, by Leonard Peikoff
Return to Top