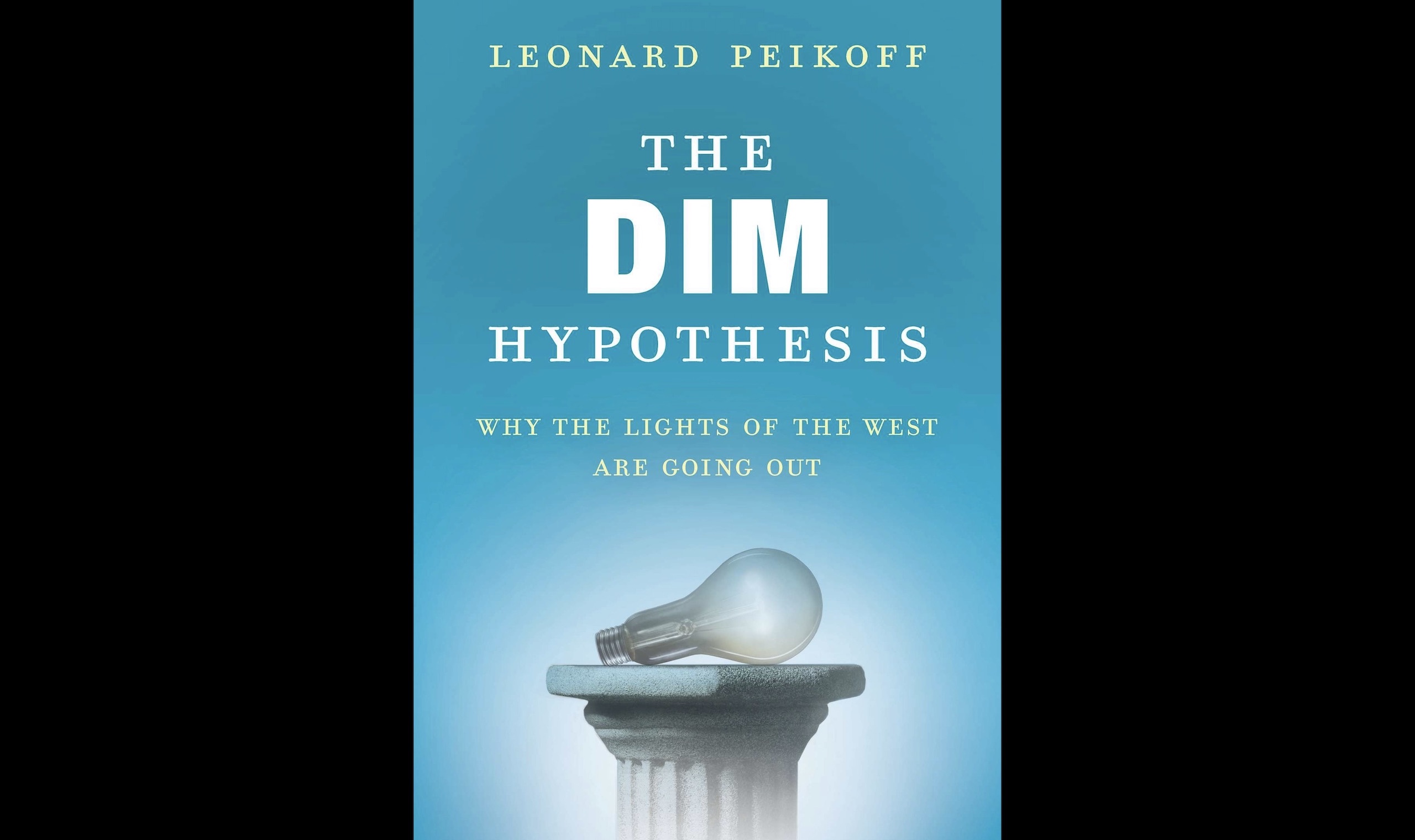 Review: The DIM Hypothesis: Why the Lights of the West Are Going Out, by Leonard Peikoff 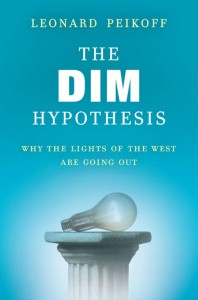 Is the history of Western Civilization “one great blooming, buzzing confusion,” to adapt the words of William James? Not according to Leonard Peikoff, Ayn Rand’s lifelong student and heir. In his magnum opus, The DIM Hypothesis: Why the Lights of the West Are Going Out, Peikoff persuasively argues that the West’s major historical periods have been driven by, and are defined by, their cultures’ approach to knowledge and the integration thereof.

Do a society’s intellectual leaders preach that all knowledge originates with God or a supernatural dimension, knowable only through faith, mystical intuition, or allegedly “pure” thought detached from the world we see? Or do they recognize the world we perceive as the one true reality, knowable by sensory observation and logical inference therefrom? Or do they hold that there’s no such thing as “reality,” and that “knowledge” refers only to mental constructs of individuals or groups?

The answers to these and related questions, argues Peikoff, are essential to understanding why the West developed as it did—and how it is likely to develop in the future.

Peikoff’s book is extremely abstract, covering the essentials of philosophy and vast expanses of history in a highly condensed presentation. In addition to touching on the highlights of Western philosophy since Thales’s early work in Greece, Peikoff explores major developments in four areas—literature, physics, education, and politics—from Greece to modern times. And he does this in fewer than four hundred pages.

In his preface, Peikoff suggests to readers:

In addition to Objectivism [Ayn Rand’s philosophy], . . . the reader needs to have some knowledge of three epochal philosophers—Plato, Aristotle, and Kant—especially of the distinctive basic principles of each. My summaries in chapter two of the Big Three, as I call them, are the fullest in the book, but they are hardly enough to make the ideas of these thinkers clear to the uninitiated. (p. xiii)

Here I can merely indicate some of the book’s major features to give potential readers the general flavor of its contents and arguments. . . .