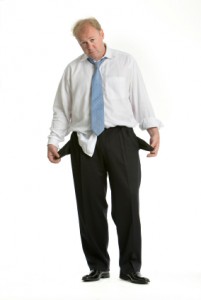 The California city of Stockton has declared bankruptcy. Why? The Los Angeles Times reports a major reason: “The $900 million Stockton owes to the California Public Employees' Retirement [CalPERS] System to cover pensions is its biggest debt—as is the case with many cities in California.” CalPERS reports that nearly a third of its membership consists of “local public agency employees.”

But out-of-control spending on bureaucrats’ pensions is not Stockton’s only problem. Consider this report from Businessweek:

Stockton has tried to restructure some debt by slashing employment, renegotiating labor contracts, and cutting health benefits for workers. Library and recreation funding have been halved, and the scaled-down Police Department only responds to emergencies in progress. The city crime rate is among the highest in the nation.

Astonishingly, the city has cut police services while merely reducing (rather than eliminating) spending on libraries and recreation. The police department is a legitimate aspect of government; it protects people’s rights by going after thieves, vandals, murderers, and the like. But Stockton officials chose to cripple this legitimate department while sustaining the illegitimate departments—libraries, recreational services, and the like—which play no part in protecting people’s rights.

Notably, government spending beyond rights-protecting activities pushes out private exchanges. For example, the four libraries in Stockton lend out Nook ebook readers and stock Batman comic books, and Stockton’s government-subsidized (i.e., taxpayer-subsidized) recreational offerings include ice skating. At least citizens of the city can read about pretend crime fighters after they’re mugged on the way to the “public” ice rink that put the private one out of business.

That a California city has declared bankruptcy is no surprise; the entire state hovers barely above bankruptcy. But perhaps the news about Stockton will prompt Californians—and all Americans—to consider that some U.S. cities and states, as well as the U.S. government, descend into financial bankruptcy because of the moral bankruptcy that spawns illegitimate government programs.

The proper purpose of government—its only morally legitimate purpose—is to protect the rights of each individual to live his life and control his wealth and property according to his own judgment. Today, government often flagrantly violates people’s rights instead, confiscating their wealth to finance bloated bureaucracies and the welfare state. And government gets away with this only because American citizens advocate or at least permit such rights violations.