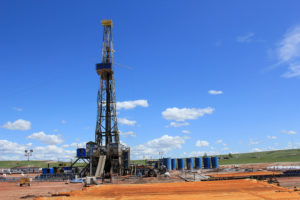 On March 26, construction crews started work on the Dakota Prairie Refinery, the first new oil refinery in the contiguous United States since 1977 and the first in North Dakota since 1956. The new refinery will process 20,000 of the 770,000 barrels of crude that oil producers pump out of the ground every day in the state.

The refinery will be a boon to the region. Its construction will employ some five hundred people through the end of next year, and then its full-time operation will employ one hundred.

The refinery will also meet more of the state’s demand for diesel. The state consumes 53,000 barrels of diesel per day, much of which is used to power the trucks, oil rigs, locomotives, and other heavy equipment used to pump and ship oil and maintain the related infrastructure. The state’s sole existing refinery, Tesoro Mandan, provides about 22,000 barrels of that diesel (the rest is imported), and the Dakota Prairie Refinery promises to deliver another 8,000 barrels. . . .