Mom Who Regrets Her Children Is Example of Altruism at Work 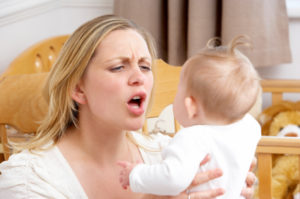 In an online article that swept the Web, Isabella Dutton, a fifty-seven-year-old mother of two grown children, admits publicly that she regrets having children. She never wanted a child, yet had two because she felt it would be “unfair of me to deny [my husband] the chance to be a dad.” She chose to be a full-time mother, raising them “without any help from nannies or childminders,” because, she felt, “if you take your job as a parent seriously, you always put their needs before your own.” She writes that throughout her life, she “resented the time my children consumed. Like parasites, they took from me and didn’t give back.”

Mrs. Dutton concludes, “I know my life with [my husband] would have been so much happier without children, less complicated and more carefree.”

Here is a woman who has sacrificed her hobbies, her free time, her career, her life, to raise children she didn’t want, in order to make her husband happy; a woman who has put the needs of others first, willfully and intentionally, from the moment thirty-four years ago when she consented to having a child for her husband’s sake, to the present when her life consists of being the caretaker of her unwanted daughter who is suffering from MS; a woman whose life is a vivid example of the morality of altruism in practice.

Altruism holds that “man has no right to exist for his own sake, that service to others is the only justification of his existence, and that self-sacrifice is his highest moral duty, virtue and value.” . . .

View all articles by Heike Larson →
Why Capitalism is Moral42: The Triumph of Courage and Moral Certitude over Irrationality and Bigotry
Return to Top