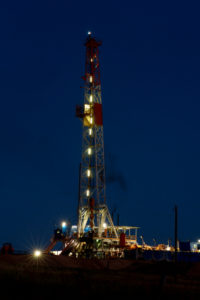 In the Southern Texas county of La Salle in 2008, explorers at Petrohawk Energy Corporation took the first steps of what would become an oil producing revolution in the region. The company focused on developing the Eagle Ford Shale, a formation of siliciclastic carbonates and shale less than 300 feet thick and eleven thousand feet below the earth’s surface. Trapped within this rock were vast amounts of oil and gas. Petrohawk would change this potential wealth of fuel into an actual by means of hydraulic fracturing.

The company’s executives risked millions on the project, and, on October 20, 2008, a news release reported that their risk had paid off.

In 2011, the impact of the Eagle Ford Shale project for twenty southern Texas counties was $25 billion in economic output and over 47,000 full-time jobs. Last Tuesday, the University of Texas at San Antonio released a report stating the 2012 economic output of the project totaled $61 billion, supporting a total of 116,500 jobs in those same counties.

Texas is not the only place with rock suitable for hydraulic fracturing and people willing to extract the goods. The Energy Information Administration estimates that California’s Monterey Shale holds at least four times more recoverable oil than does Eagle Ford, and New York is home to the Marcellus and the Utica Shale formations, each of which is loaded with potential fuel. The difference is that in Texas people have (relative) freedom to apply technologies and increase production, whereas in California and New York, they are throttled by permitting delays, litigation, and moratoriums.

Texas enables the men and women of the oil industry to produce, and the life-serving results are astonishing. It is high time for other states to follow suit.