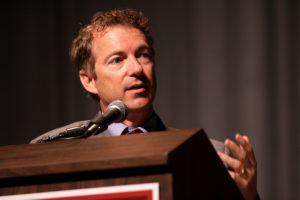 Rand Paul’s proposed immigration reforms are marginally better than what Republicans usually offer, but they fall far short of a policy based on the principle of individual rights.

Paul’s proposals are a substantial improvement over current policy, as they would enable more immigrants to peacefully work in the United States, and enable more businesses to legally hire them. But not once in the course of his speech does Paul mention individual rights with respect to immigration. That’s a shame.

As for border security, the U.S. government is responsible for monitoring the border and entry points, and checking those who enter to sift out known criminals, terrorists, and people infected with certain highly contagious diseases. This job would be much easier if the government’s sole concern regarding immigration was to kept out those few, rather than to keep out countless perfectly innocent and healthy people who simply want to come and work and live in peace.

Paul deserves credit for helping to inch the Republican Party in the direction of immigration policies that violate fewer rights than do current policies. But, because Paul does not base his immigration policies on the principle of rights, he is seeking only inches and will achieve even less.

If Paul and just a handful of Republicans were to embrace the principle of individual rights as the objective standard for immigration policy, they could gain miles toward a moral, rights-respecting policy. But, then, that end would have to be their goal.

View all articles by Ari Armstrong →
Letter to the Editor
As Some Filipinos Try to Die, One Tries to LiveBionic Eye—Not a Miracle
Return to Top