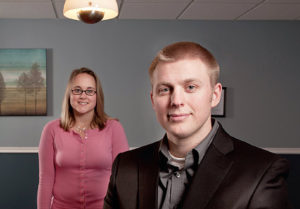 Verlin Stoll operates a no-frills funeral parlor in St. Paul, Minnesota. As the Miami Herald’s Glenn Garvin notes, Stoll’s fees start at “just $250, about one-tenth the city’s going rate. No hearse, no chapel, just simple service for working-class folks who can’t afford to spend a lot of money to die. His no-frills business has been so successful that he wants to expand, opening a second parlor.”

The problem is that state law requires Stoll’s new parlor to include an embalming room, even though he outsources embalming procedures and thus doesn’t need such a room. Building the useless room would cost $30,000 and require Stoll to raise his fees.

Stoll sued the state to get the embalming room requirement overturned. But he has powerful opposition—including the Minnesota Funeral Directors Association, which is “incensed at Stoll’s price-cutting.” Fortunately, Stoll has some powerful backing of his own—the Institute for Justice, “a Washington D.C.-based public interest law firm that defends not just free speech but free markets as well,” notes Garvin.

“Sadly,” writes Garvin, the Institute “has no shortage of cases”; Stoll’s predicament is part of a much larger, and growing problem in America:

“Using business and professional licenses as a barrier to competition is definitely on the increase, and has been for a long time,” says Dick Carpenter, the institute’s director of strategic research. In the 1950s, only about one of every 20 American workers needed a government permit to do his job; now, the number is nearly one in three, and growing all the time.

And we’re not talking about rocket scientists and brain surgeons. Hair-braiders, upholsterers, home-entertainment-installers—you name it, there are states that require a license for it. Stuff you’ve been doing literally all your life, probably after about 15 minutes of instruction from your mom, turns out to be so technical and potentially dangerous that it requires a government permit. You think that’s hyperbole? Five states require licenses to give shampoos.

The economic destructiveness of occupational licensure—including reduced competition, higher prices, lower quality, and fewer businesses and jobs—is a consequence of the immorality of the state requiring businessmen to obtain permission to pursue a living in the occupation of their choice. As I noted in a previous post, accreditation can and should be handled by private agencies; the government has no legitimate business in the field of occupational accreditation.

Good luck to Verlin Stoll in his fight to overturn Minnesota's embalming room requirement, and a hearty thank you to the Institute for Justice for tirelessly fighting for free markets.

View all articles by Michael A. LaFerrara →
Fracking and Frackers Continue Expanding Oil ProductionContra Michael Tanner, Government’s Size is Not the Proper Focus for Advocates of Liberty
Return to Top