Contra Michael Tanner, Government’s Size is Not the Proper Focus for Advocates of Liberty 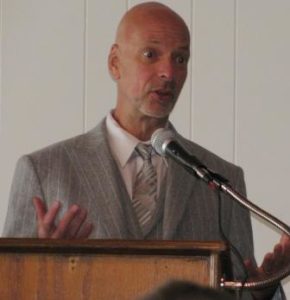 Writing for National Review Online, the Cato Institute’s Michael Tanner argues that “much of the debate over future policy boils down to a question of the size of government.” However, as Eric Daniels points out in his most recent TOS article “Why ‘Big Government’ is Not the Problem,” size is not the essential characteristic determining the legitimacy of a government or any aspect thereof.

True, as Tanner points out, the U.S. government’s deficit spending, debt, and unfunded liabilities create huge problems for financing government. Tanner also argues that they interfere with economic growth, foster government corruption, and interfere with the ability of individuals to spend their own wealth. But treating the size of government as the fundamental concern fails on two crucial counts: It offers no moral foundation for the reformation of government, and it offers no clear guidance on how to reform it.

One problem Tanner’s article does not even consider is what should be measured. Tanner suggests that total spending is the relevant measure, but why should it not be spending as a percent of national product, total government labor force, or some other measure?

Even if one selects a way to measure government, how might one determine the “right” size? For example, if one thinks the amount of government spending is what matters, then how should we decide what amount is proper? Is a billion dollars the right amount? Half a trillion? Ten trillion? Or is smaller always better, in which case anarchy is best?

Tanner (like many other libertarians and conservatives) fails to offer any fundamental reason why government should be made smaller. His critics argue that poorly functioning government projects can and should be reformed—and even expanded—to be made more effective. And, they say, any problem resulting from government programs—whether reduced economic growth or reduced individual choice—are worth the benefits of helping the needy, financing education, supporting scientific research, and the like.

If not the size of government, what should be the focus? As Daniels argues:

We who wish to defend liberty need to dispense with the shibboleth of “big government.” Size is not an essential aspect of government’s propriety or impropriety. The proper measure of government concerns its function. A government—or any aspect thereof—is good or bad depending on whether it is directed toward the proper end of government: the protection of individual rights by means of banning physical force from social relationships. Insofar as size matters at all, its significance lies in whether a given government or department or program is the optimal size for the ultimate purpose of protecting rights.

Daniels is right: Only when we focus on the proper function of government—the recognition and protection of individual rights—can we clearly define what precisely government should do, what programs should exist, and what is the appropriate size for a given program. For example, by the standard of individual rights, the proper size for welfare programs is zero, whereas the proper size of the military is whatever size is necessary to robustly defend Americans and their allies from foreign aggressors.

Daniels describes myriad additional problems involved in focusing on the size of government rather than on the goal of protecting individual rights. If free-market advocates wish to effectively make their case for reforming government, they should carefully read and absorb the lessons from Daniels’s important essay.