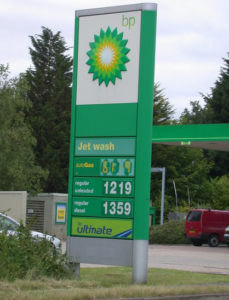 It’s been a little over a year since BP, once one of the world’s leading solar power companies, announced that it was exiting the solar power market. According to the company’s website, “BP Alternative Energy is focusing on those sectors of the energy industry where we can profitably grow our business.”

After almost forty years of research, hundreds of millions of shareholder dollars, and an eleven-year marketing campaign to rebrand the company “Beyond Petroleum,” BP’s CEO Bob Dudley stated, "We have thrown in the towel on solar,” adding, “Not that solar energy isn't a viable energy source, but we worked at it for 35 years, and we really never made money.”

Companies, such as BP, that extract and refine fossil fuels provide more than 80 percent of the energy that fuels human life today. Because of the abundance of energy these businesses deliver, people today—the largest population in history—enjoy the greatest standards of living in history. BP’s owners, managers, and employees should be proud of what they do; and they should profit handsomely for doing it.

Kudos to BP for taking a step in the right direction. Now if only the company would re-label itself “Forward with Petroleum.”

View all articles by David Biederman →
Letter to the Editor
Legislation Should be Based on Individual Rights, not Group AveragesContra Joseph Levine, Israel is a Legitimate State (the Only One in the Region)
Return to Top