Robert G. Natelson, author of The Original Constitution: What It Actually Said and Meant, taught law for twenty-five years, including twenty-three years at the University of Montana. In 2010 Natelson left academia to serve as a Senior Fellow in Constitutional Jurisprudence with the Independence Institute in Denver. In addition to writing numerous articles about the historical context and original meaning of the U.S. Constitution, Natelson also has coauthored two legal briefs about ObamaCare, one concerning the law’s relationship to the “necessary and proper” clause, the other concerning the expansion of Medicaid.

Here Natelson discusses the process of constitutional amendment and his interest in possible amendments to restrain the federal debt. Although I do not agree with all of Natelson’s legal opinions and policy positions, I find his knowledge of the U.S. Constitution to be unparalleled, and his views on the amendment process to be both fascinating and potentially nation changing.
—Ari Armstrong 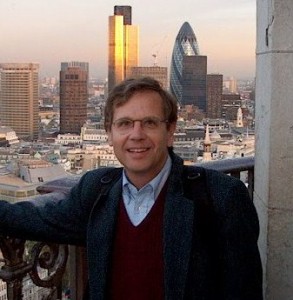 Ari Armstrong: Thank you for taking the time to share your knowledge and views with readers of The Objective Standard. What prompted you to get so seriously involved in promoting state-initiated constitutional amendments, particularly with the hope of restraining the federal debt?

Robert Natelson: Two things really came together. The first was my constitutional scholarship. I write a lot about the original meaning of constitutional phrases and terms, and my practice is to choose areas where the existing writing is either very sparse or substandard. You’d be surprised how many areas of constitutional law fit either one of those criteria. Article V—the amendment procedure—met them both. Not only was there relatively little scholarship on the subject, but most of it was of dreadful quality. So I began to research and write on Article V, particularly the procedure by which the states can propose amendments through what the Constitution calls a “convention for proposing amendments.”

In the course of my studies, I found that many of the claims about that procedure—including assertions I’d formerly believed—were false. One such assertion is that a “convention for proposing amendments” is the same as a constitutional convention. The two actually are quite different from each other. Another false assertion is that such a convention cannot be controlled by the states that sponsored it. Not only is there virtually no empirical support for that position, but there is a great deal of historical and legal evidence to the contrary.

The second thing that got me interested in this field is the growing abusiveness and overreaching of the federal government, highlighted by that government’s fiscal incontinence. Congress obviously cannot or will not solve its own problems, and the Founders created the amendment convention process precisely to deal with this kind of eventuality.