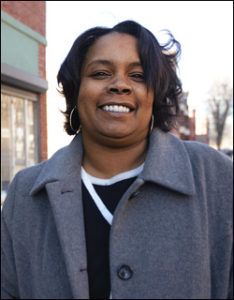 On January 18th, a federal court struck down the IRS’s onerous licensing rules for tax preparers thanks to the Institute for Justice and three gutsy independent tax preparers—Sabina Loving, John Gambino, and Elmer Kilian.

The decision in the case, Loving v. IRS, enjoined the IRS from enforcing 2011 rules that would have required tax preparers in the United States to obtain licenses by paying fees and taking many hours of continuing education courses. The new requirements threatened to force many of the 350,000 tax preparers in America to close shop, which would have required many taxpayers to pay more for tax preparation services.

Dan Alban, an IJ attorney, explained the verdict: “The court ruled today that Congress never gave the IRS the authority to license tax preparers, and the IRS can’t give itself that power.”

Alban is right to call this ruling “a victory for hundreds of thousands of tax preparers across the country and the tens of millions of taxpayers who rely on them to prepare their taxes.”

This motion reveals that, rather than protecting the public interest, these regulations are really about collecting money for the IRS and enriching special interests by using government force to protect them from competition. . . . We will oppose the IRS’s groundless attempt to continue its unlawful licensing scheme, and will continue to fight to protect the rights of our clients and tens of thousands of independent preparers.

The Institute for Justice deserves praise for defeating this unfair and unjustified government regulation and for continuing to fight against its reinstatement.