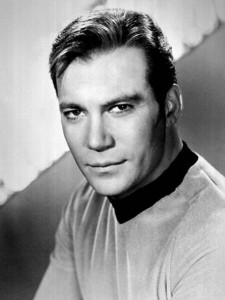 This is remarkable for at least two reasons. First, it illustrates that, in some important ways, we are living in the future portrayed by Star Trek. No, we cannot “beam” people around or travel faster than light. But we can carry around pocket computers once found exclusively in science fiction; we can communicate with people in space; and we are witnessing the private space race heating up, promising bold future ventures into the Final Frontier.

Shatner’s Tweet also illustrates the power of art. Recently my wife and I watched several documentaries about Star Trek, one featuring the son of Gene Roddenberry (creator of the series), another included on a disk release of Star Trek: The Next Generation, and a third directed by Shatner himself. Watching these documentaries, I was struck by the stories of scientists working in technology and space engineering who were inspired to pursue their careers by watching the 1960s-era television show featuring Captain Kirk. Star Trek presented to them a vision of a future they wanted to live in—and they decided to help achieve it.

Although I often disagree with the political views expressed in the series, I too have found Star Trek to be great and inspiring art. Hats off to the creators of the series and to the scientists and explorers it has inspired. And “thank you” to Shatner and Hadfield for creatively reminding us of such greatness.

View all articles by Ari Armstrong →
Nascar and Rum Makers Got Tax Cuts; You Should Have, TooKudos to the 800 Companies Demanding a Repeal of the Medical-Device Tax
Return to Top