The Best Teacher Evaluation “Plan” is a Free Market in Education 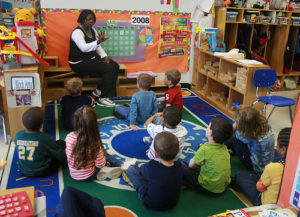 Teacher evaluation is all the rage today. The “central question” confronting the education establishment, writes Lyndsey Layton in the Washington Post, is, “What’s the best way to identify an effective educator?” And, Layton notes:

After a three-year, $45 million research project, the Bill and Melinda Gates Foundation believes it has some answers. The most reliable way to evaluate teachers is to use a three-pronged approach built on student test scores, classroom observations by multiple reviewers and teacher evaluations from students themselves, the foundation found.

What’s missing from this equation? The parents.

This is symptomatic of a broader moral inversion. As C. Bradley Thompson puts it in his essay "The New Abolitionism: Why Education Emancipation is the Moral Imperative of our Time": “Government schooling takes away from parents the enormous responsibility of providing their children with an education and transfers that responsibility to the state.”

Parents should have the final say on the competency of those who educate their children. More broadly, parents should have the freedom to direct the course of their own children’s entire education, with their own money, according to their own judgment—and not just as a practical necessity and parental responsibility, but as a moral right. This will not happen as long as government maintains its domination over America’s schools.

If Americans are concerned about “the best way to identify an effective educator,” they should call not for another top-down plan for tweaking the “public” schools, but for the abolition of government from the field of education. Parents and educators in the marketplace can then freely determine what kind of education they respectively want to offer and buy, and whether the teacher evaluation methods advocated by the Gates Foundation, or anyone else, suits them.

View all articles by Michael A. LaFerrara →
E-book Revolution Continues to Improve Our LivesMorsi Unconvincingly Claims His Anti-Semitic Remarks Were “Taken Out of Context”
Return to Top