Nascar and Rum Makers Got Tax Cuts; You Should Have, Too 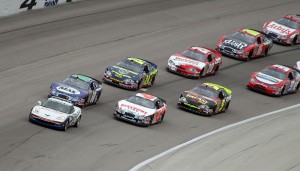 As the Wall Street Journal reports, Congress rewarded various special tax breaks in the “fiscal cliff” legislation, including the following:

Although the Wall Street Journal is wrong to call these special tax breaks “subsidies”—as I have argued, a subsidy involves the government taking money from one person and giving it to someone else, not letting someone keep more of his own money—the newspaper is right to express outrage over the unequal treatment before the law.

The problem here is not that Congress let some producers pay less in net taxes; the problem is that Congress refuses to cut federal spending and forces some Americans to pay even higher taxes. Nascar, StarKist, rum distillers, movie producers, and so on, all deserve to keep the fruits of their labor—and so does everyone else. Congress’s proper function is not to tax and spend but to pass laws that protect rights.