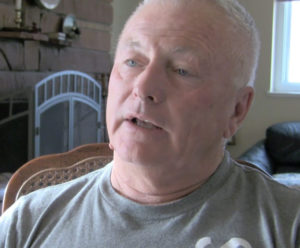 In the aftermath of the horrific murders at Sandy Hook Elementary School—while various federal and state legislators have proposed numerous bills restricting the sale and possession of guns, magazines, and ammunition—many Americans have wondered about or discussed the propriety of self-defense and of gun ownership.

My father, Linn Armstrong, is an expert instructor in firearms and self-defense. He is certified by the National Rifle Association as a senior training counselor in firearms instruction, allowing him to certify other gun instructors. He cofounded the Grand Valley Training Club in Grand Junction, Colorado, which has provided firearms training to thousands of people.

Linn has also assisted Alon Stivi of Direct Measures International, a security consulting firm, in training school administrators, teachers, hospital administrators, and law enforcement personnel in effective responses to “active shooters” in a public place. Here, Linn discusses his views on guns and self-defense. (The views he expresses here are his own, not those of any other organization.) —Ari Armstrong

Ari Armstrong: Bystanders, including those without any weapons, have stopped the perpetrator during several mass murders, including the 2011 murders in Arizona. What are the most important things people need to know if, heaven forbid, they find themselves confronted by a mass murderer in a crowded place?

Linn Armstrong: One needs to understand how people think. Good guys and bad guys all think the same way—in a linear fashion. In taking action, people have to observe what’s around them, orient themselves relative to the things and people around them, decide what action to take, and then follow through with the action. This has been part of law enforcement and military training since World War II.

View all articles by Ari Armstrong →
Q&A with Craig Biddle and Students For Liberty (aka “Geeks of Liberty”)Glenn Reynolds: Home Schooling Will Increasingly Threaten Government Education
Return to Top