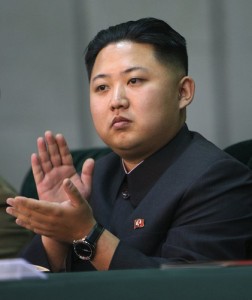 In evaluating the state of America’s foreign policy, consider the following three events now in the headlines:

Not only is the United States government not defeating the sworn and active enemies of the United States, in many cases the government is actively helping them. The consequence is that America’s enemies, in part financed by American taxpayers, slaughter Americans and threaten America and America’s allies with impunity.

Meanwhile, the American government’s response is to throw more money at our enemies and perhaps shake a finger in their direction.

When the U.S. government hardly lifts a finger when Islamists slaughter its diplomats, when the government actively arms Islamists seeking to impose religious totalitarianism, when the heavily armed clowns of some failed pissant nation threatens the U.S. with nuclear attack, we know that the foreign policy of self-sacrifice is on full display.

View all articles by Ari Armstrong →
Letter to the Editor
Andrew Bernstein on Religion vs. MoralityAnti-Abortion Crusade is Anti-Life, Anti-Rights, Anti-Reason
Return to Top