The Flawed (Yet Revealing) Legatum Prosperity Index, and the Path to Prosperity 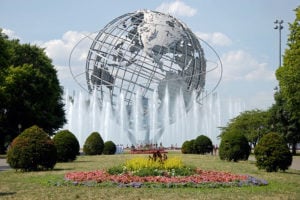 “In an unprecedented fall, the US drops out of the top ten of the 2012 Legatum Prosperity Index,” reports the London’s Legatum Institute. We’re now twelfth in this ranking. But what does that mean?

There’s good reason to be skeptical of the index’s rankings. Much of the data derives from opinion polls, which are inherently subjective and difficult to compare across countries, and some of it has nothing to do with prosperity.

For example, one measure of economic prosperity is whether residents “have confidence in financial institutions.” Last year, only 48 percent of Americans expressed such confidence, compared to the 61 percent global average. But the notion that America’s financial institutions, however serious their problems, are in worse shape than those of most of the rest of the world is ridiculous. Confidence is relative.

Another problem is that the index treats the vague notion of “social capital” as crucial for prosperity. One of the alleged measures of “social capital,” in turn, is how many residents “attended a place of worship in [the] past week.” But that’s an asinine measure of prosperity. By that “standard,” Islamists who plot daily in mosques to murder Americans and Israelis would top this portion of the rankings.

Despite its serious methodological flaws, the index pulls together some useful data that show real weakness in the U.S. economy. In 2010, U.S. unemployment was slightly higher than the global average. That same year, “gross domestic savings” as a percent of GDP was several points lower in the United States relative to the global average. Opinion polls can reveal attitudes within a population, so it is dispiriting to read that “fewer US citizens agree that working hard results in success.”

Relative to most other nations, the United States remains quite prosperous. But, given the dismal condition of most other nations, that’s not saying much. Rather than worry about dubious global “prosperity” rankings, Americans should focus on establishing a government that consistently protects people’s rights to produce and trade freely, and a culture that consistently respects and promotes rational, life-serving values. From these, prosperity will necessarily follow.