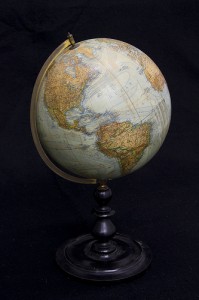 Today is the end of the world, according to some. Of course, last year marked the end of the world, too; as did the year before that. It seems that some people just can’t get enough mysticism or despair. People have been predicting the imminent destruction of the earth on the basis of religious scripture and belief for thousands of years.

Meanwhile, back in reality, the world keeps getting better and better (despite regional lulls and troughs), thanks to the prosperity unleashed by the industrial revolution and, at a deeper level, the human commitment to reason and science that have made advanced industry possible.

The Spectator summarizes in a recent article:

It may not feel like it, but 2012 has been the greatest year in the history of the world. That sounds like an extravagant claim, but it is borne out by evidence. Never has there been less hunger, less disease or more prosperity. The West remains in the economic doldrums, but most developing countries are charging ahead, and people are being lifted out of poverty at the fastest rate ever recorded. The death toll inflicted by war and natural disasters is also mercifully low. We are living in a golden age.

The article also notes that, thanks largely to the production of oil and gas via the technical marvel of hydraulic fracturing, we live “in an age of energy abundance” even as the population continues to increase.

The article has its problems; for example, it presumes that income equality is inherently good and that reducing carbon dioxide emissions is obviously a proper goal. On the whole, though, the article offers a refreshing reminder of the amazing news that’s all around us, thanks to the freer, capitalist elements of our world.

View all articles by Ari Armstrong →
Letter to the Editor
Stuff the Standard!Sam Harris Can Sound Like an Egoist; Too Bad He Isn’t One
Return to Top