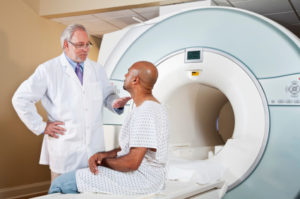 Fox Business’s Elizabeth MacDonald writes, “Starting January 1, medical-device makers must pay a new 2.3% excise tax on sales, regardless if they make a profit, to raise $30 billion over the next decade to pay for health reform”—that is, ObamaCare.

Already, venture capital funding in the medical device industry in the third quarter plunged “to the lowest dollar level since 2004,” with just $434 million going into a paltry 65 deals, says a new report from consultancy PricewaterhouseCoopers and the National Venture Capital Association. . . .

The prospect of the new excise tax on gross sales is the biggest cause of this collapse in venture capital investments in the medical-device sector, Allison Giles, a top executive at Cook Medical, the world’s largest privately owned medical-device company, in Bloomington, Indiana, tells FOX Business.

The federal government will now be taking $30 billion out of the industry that develops new treatments to limit patient deaths and suffering.

Like every productive person, businessmen in the medical-device industry have a moral right to keep and use the products of their efforts. It is bad enough that government loots the earnings of these productive men and women who provide valuable goods that enhance and save lives. That the government, via ObamaCare, now aims to loot more of their money—and to do so when their companies haven’t even made a profit—is obscene.

In addition to and because of this expanded violation of rights, companies must cut back on innovating and hiring—and they must start now. As Eric Claude, general manager of MPR Associates, explains:

Our business is being adversely impacted by the impending tax. We employ nearly 200 people in quality high-tech science and engineering jobs providing outsourced research and development services to medical device manufacturers across the country. The prospect of the device tax taking effect next year is causing our customers to cut back on R&D spending, directly impacting our business. As a result, I am being forced to scale back our hiring plan. Not only will the device tax adversely impact innovation in an industry in which the US has been a global leader, it is impacting U.S. businesses and U.S. jobs right now, today.

This is yet another instance of the fact that ObamaCare is as impractical as it is immoral—and of why all life-loving Americans morally must demand its repeal.