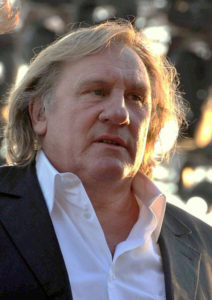 Although various French politicians and commentators have harshly criticized Depardieu, the actor deserves praise for his courageous decision to renounce his citizenship in protest of France’s obscene tax rates. Depardieu has produced an extraordinary body of work (IMDB lists his 194 titles) including a version of Cyrano de Bergerac; he has created great wealth in the process; and he has a moral right to keep the product of his effort and to use it as he sees fit.

Depardieu’s panache recalls that of Rostand’s Cyrano, who says, “I know you now, old enemies of mine! Falsehood! Have at you! Ha! and Compromise! . . . Surrender, I? Parley? No, never!”

View all articles by Ari Armstrong →
Heroic Researchers Markedly Improve Thought-Controlled Prosthetics for the Severely ParalyzedThe Flawed (Yet Revealing) Legatum Prosperity Index, and the Path to Prosperity
Return to Top