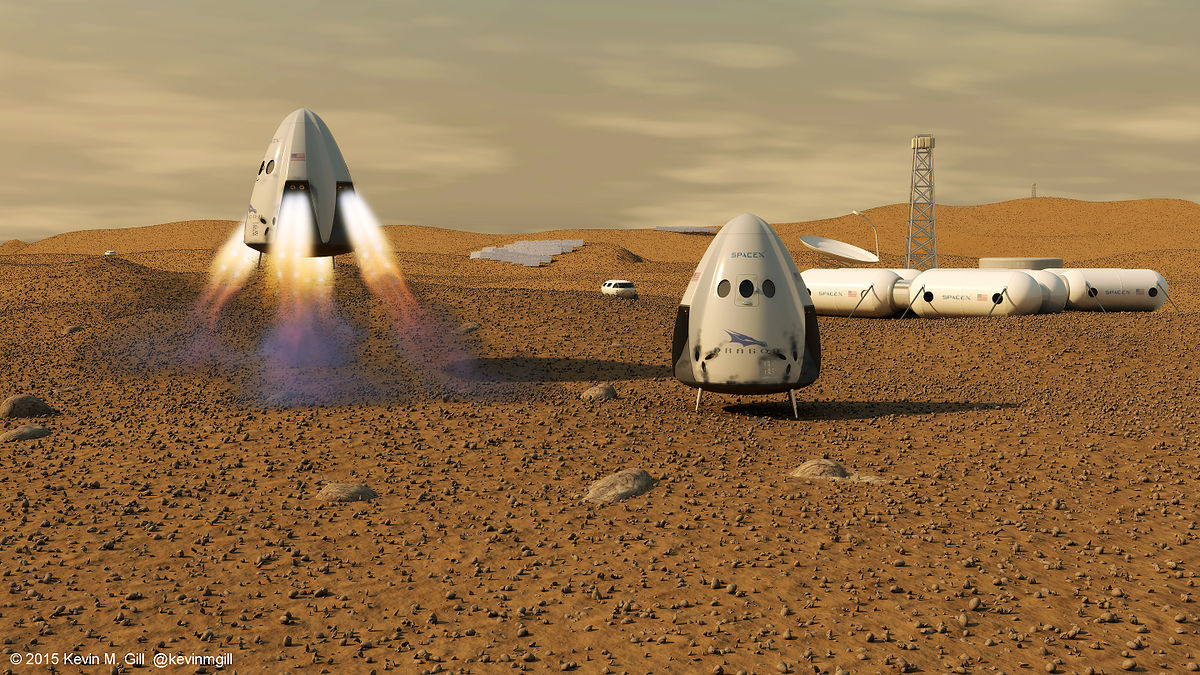 You can’t accuse Elon Musk of not thinking big. He helped found the internet commerce site PayPal and went on to found SpaceX, which has successfully rocketed a supply capsule to the space station. Now Musk is in the early stages of planning a colony on Mars.

As Rob Coppinger reports for Space.com, Musk discussed his plans for Mars November 16 at the Royal Aeronautical Society, where he received the organization’s gold medal for helping to commercialize space. He said, "At Mars, you can start a self-sustaining civilization and grow it into something really big.”

What Musk has in mind is sending people, at first just a few, later as many as 80,000, on one-way trips to the Red Planet. Coppinger elaborates:

Accompanying the founders of the new Mars colony would be large amounts of equipment, including machines to produce fertilizer, methane and oxygen from Mars’ atmospheric nitrogen and carbon dioxide and the planet's subsurface water ice.

The Red Planet pioneers would also take construction materials to build transparent domes, which when pressurized with Mars’ atmospheric CO2 could grow Earth crops in Martian soil. As the Mars colony became more self sufficient, the big rocket [used for the trips] would start to transport more people and fewer supplies and equipment.

The long-term benefits of an off-world colony to our lives would be enormous. Not only would such a colony open the solar system to commercialization, reaping unimaginable wealth from the development of vast resources and energy; it would also establish a new frontier with new possibilities for human liberty. Both in terms of industrial development and political innovation, a colony on Mars could be as important as were the British colonies in America. The future of human progress, and possibly even the future of true freedom, may depend on off-world colonization. In any event, human life certainly will be greatly enhanced by it.

Yes, the colonization of Mars remains a monumental challenge. Yes, Musk troublingly calls for a rights-violating “collaboration between government and private enterprise” (in Coppinger’s words). Yet Musk deserves enormous credit for helping to commercialize space and for bringing the colonization of Mars out of science-fiction books and into development labs.

View all articles by Ari Armstrong →
Letter to the Editor
Stem Cell Research Offers New Hope for Repairing Brain DamageThe NFL: An Analogy for Government’s Proper Role in the Marketplace?
Return to Top