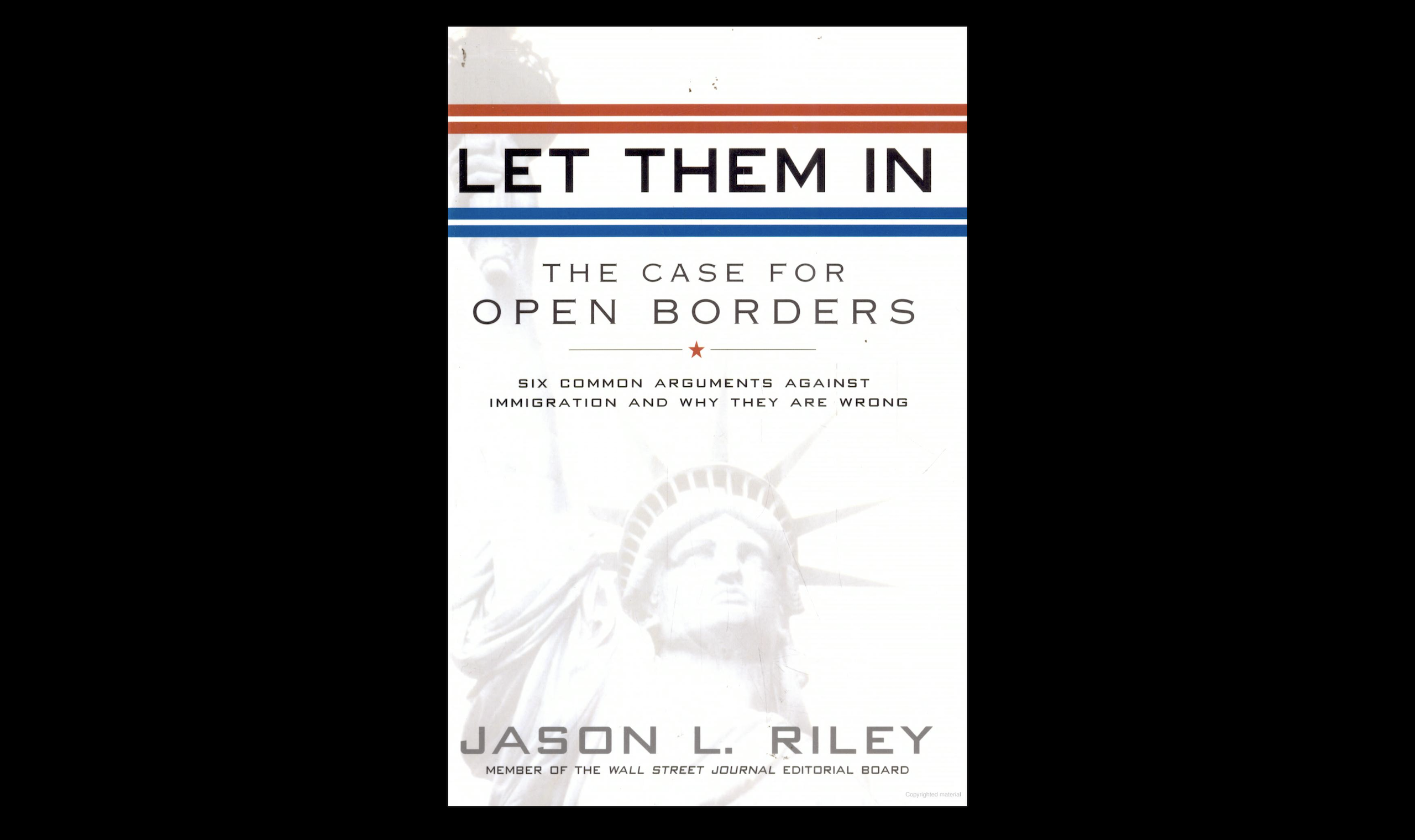 Review: Let Them In, by Jason L. Riley

Jason Riley’s Let Them In is a treasure trove of facts and analysis. The book covers many facets of the immigration debate, including economic protectionism, cultural assimilation, and national security. Riley identifies his two major themes early in the book: “The first is that, contrary to received wisdom, today’s Latino immigrants aren’t ‘different,’ just newer. The second is that an open immigration policy is compatible with free-market conservatism and homeland security” (p. 12).

Each chapter of Let Them In addresses a particular anti-immigration argument, including its present-day and historical manifestations and its major advocates. For each argument, Riley provides evidence and analysis to the contrary.

Representative of this approach is his chapter describing efforts of environmental groups that oppose immigration based on their desire for zero population growth. Here, Riley lays out their “arguments” against immigration and identifies key figures such as Thomas Malthus, Paul Ehrlich, and John Tanton. Malthus and Ehrlich, explains Riley, have respectively predicted the destruction of the human race and the earth as a result of increased human population. Tanton has founded or helped to fund several anti-immigration organizations over the past few decades, and Riley reports that Tanton is not only a zero-population-growth environmentalist with ties to groups such as the Sierra Club and the Audubon Society, but also an associate of known white supremacists and advocates of eugenics. The worldview of these environmentalists, writes Riley, can be summed up in the phrase “people are pollution” (p. 30). . . .

View all articles by Kevin Douglas →
Letter to the Editor
Review: The One World Schoolhouse, by Salman KhanReview: The Dictator’s Learning Curve, by William J. Dobson
Return to Top