Cheers to the Heroes Driving the American Oil and Gas Boom 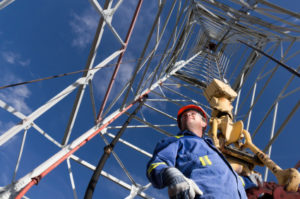 "Peak Oil” will have to wait.

Confounding the “experts,” amazing new technologies such as horizontal drilling and hydraulic fracturing have led to an astounding surge in American production of crude oil. Jonathan Fahey reports that the United States is set to become the world’s top oil producer:

Together with the US natural gas boom, which is driven by the same technologies, these developments represent “the most important change to the economy since the advent of personal computers pushed up productivity in the 1990s," according to economist Philip Verleger of the Peterson Institute of International Economics. MIT professor John Deutch notes, “A United States hopelessly dependent on imported oil and natural gas is a thing of the past. Most energy experts now project that North America will have the capacity to be a net exporter of oil and natural gas by the end of this decade.”

Considering the value of fossil fuel energy production to our prosperity and well-being, everyone who loves his life owes a debt of gratitude to the heroic individuals whose intelligence, ambition, and ingenuity are responsible for this vital hydrocarbon energy boom.

View all articles by Michael A. LaFerrara →
HuffPo’s Sanghoee Uses Tragedy of Sandy to Smear Ayn RandAlex Epstein to Debate Bill McKibben on Whether Fossil Fuels Improve or Harm the Planet
Return to Top