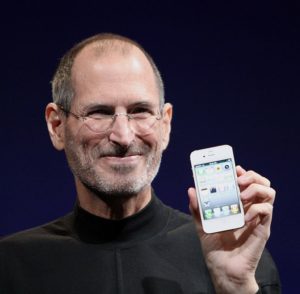 Apple Computer, Inc. is the world’s largest corporation, with a market capitalization of $566 billion as of October 2012. This is greater than that of Microsoft and Google combined. Apple’s ability to delight millions of consumers with well-crafted, fun to use, life-enhancing devices accounts, in large part, for why the company has done so well.

But Apple doesn’t merely create superlatively innovative devices; it also allows just about anyone with an Apple Macintosh computer to design, write, and sell all sorts of applications that dramatically extend the functionality of those devices.

In the summer of 2008, Apple introduced its iTunes App Store online, where owners of iPhones and iPod Touches could view, purchase, and download small applications (“apps”) by means of the devices themselves. The “App Store” is now a household phrase, and 700,000 apps are available for the 400 million Apple devices purchased so far. Apple didn’t invent the software market, but with its new, highly profitable way to sell software, it built a better one.

Ever since Apple introduced this new marvel, the company’s competitors—Microsoft, Google, and Amazon—have been scrambling to keep up. This high-stakes scramble provides a glimpse into the remarkable, life-serving power of capitalism.

Apple’s App Store innovation not only rained wealth on the company and values on its customers; it also encouraged Apple’s competitors to exploit a plethora of new opportunities made possible by the innovation, and thus increase their own innovation, their own product offerings, their own profits.

Likewise for smartphones. Although Apple did not invent these, either, the company’s iPhone and its sister, the iPod Touch, were breakthrough handheld devices. People on the go could now carry what were essentially miniature computers capable of performing an unprecedented number of tasks, and these devices were sold at prices that millions of people could afford. These devices also expanded the possibilities for apps for mobile devices—possibilities that Apple proceeded to turn into actualities.

Initially Apple permitted only its own apps on the two devices. But the company soon realized that the potential for products and revenue would expand exponentially if it permitted independent developers to create software for them as well. Apple’s experience with the desktop computer—both positive (Apple II) and negative (Macintosh)—had demonstrated that the more apps there were for its hardware, the more hardware Apple would sell. But how could Apple ensure that the apps were of sufficiently high quality and value?

To understand how Apple answered this question, it’s helpful to recall how software applications were delivered over the preceding three decades—namely, by means of the proprietary, distributorship, and shareware/freeware approaches. . . .

Karl Kowalski is a mobile software developer, voice-over artist, and a former rocket scientist. He currently works at Imprivata on mobile device solutions for healthcare and other industries. He also creates audio recordings of articles at The Objective Standard and loves it.

View all articles by Karl Kowalski →
Independent Thinking, Morality, and LibertyReview: The One World Schoolhouse, by Salman Khan

6 Rand’s induction of this principle involves several steps; for details see Ayn Rand, “The Objectivist Ethics,” in The Virtue of Selfishness (New York: Signet, 1962); or Craig Biddle, Loving Life: The Morality of Self-Interest and the Facts that Support It (Richmond: Glen Allen Press, 2002).

15 To learn more about America’s Comeback Philosophy, read Rand’s novel Atlas Shrugged and her nonfiction books The Virtue of Selfishness, Philosophy: Who Needs It, and Capitalism: The Unknown Ideal.