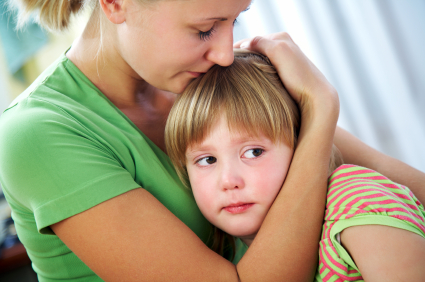 And Neither We Shall Have 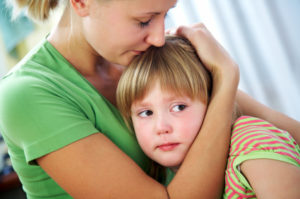 Last night I crawled into bed with my little girl, wrapped my arms tightly around her and wept for hours while she slept.

I wept for the loss of a country that was once the envy of the world—a republic that stood for freedom, opportunity, justice, and individual rights protected by the rule of law—its fearless and indivisible people known for their fierce individualism, exceptionalism, unwavering patriotism, and pride in their nation.

I wept for the degradation of the U.S. Declaration of Independence and Constitution, the greatest documents ever written, and the brilliant men who drafted them in attempts to secure our liberties by the rule of law. It was this rule of law that was the foundation for our republic, which became the greatest, most advanced nation the world has ever known, simply because government was limited and men were free.

I wept for the dreams and hopes of immigrants who risked their lives to escape the evils of communism and totalitarianism around the globe for the promise of freedom and opportunity in America. They are among the minority who truly understand the impact and future implications of yesterday's election.

I wept for the heroes in uniform who bravely fought and died so that we could enjoy the liberties that have been the envy of every thinking man around the world, but that we have lazily come to take for granted. Thousands of these heroes’ voices were (purposely, in my opinion) silenced in this election.

I wept for the incredible betrayal of the tiny yet great nation of Israel that has always been the only beacon of hope for the most loathed, scapegoated, discriminated against, tortured, and enslaved people in the history of the world—and that stands at the front of the battle against the Islamist assault on the West. Abandoned by the United States and left adrift amidst an ocean of enemies seeking its ultimate destruction, Israel may not survive the greatest threat it has ever faced, an unchecked nuclear Iran and a consequent united caliphate that will sweep the Middle East and threaten the entire world.

I wept in fear that my daughter will never know the freedoms and opportunities that were the resolute mission of my parents when they arrived in America, the promised land, with one suitcase between the three of us.

I wept because, in Reagan's words, I will likely spend my "sunset years telling [my child] and [my child's] children what it was once like in the United States where men were free," because "freedom is never more than one generation away from extinction" and that it was my generation that did not "fight for it, protect it or hand it down to our children to do the same."

Whether you realize it or not, accept it or don't, the American dream is no more. My parents' efforts to escape socialism so that my daughter and I could live in freedom were in vain. Socialism and all of its inherent evils and vices followed us, and it is now being forced upon us here in America, the nation that was the last hope of the free world. There is nowhere left to go.

Just after the signing of the Constitution, a woman asked Benjamin Franklin what they had created. "A Republic," Franklin answered, "if you can keep it." Not only have we failed to "keep it," but most Americans don't even understand the meaning of the word.

As we have moved further away from the principles of the Constitution and its protections of individual rights through its rule of law, we settled into being a simple democracy, a system our Founding Fathers strived to avoid. They knew that a democracy is an inherently faulty political model, aimed not at protecting individual liberty, but at establishing unlimited majority rule. Further, history has shown us that democracies always self-destruct when the non-productive majority realizes that it can vote itself handouts from the productive minority. Over time this productive minority gets smaller, and this inevitably leads to chaos when there isn't enough production to fund the socialist programs promised to the "entitled" majority. Ultimately the democracy collapses and is followed by dictatorship.

Yesterday was a historic day. It marked the turning of the tide in America. After four abysmal years of lack of leadership and failed policies, instead of a landslide, Reaganesque victory for Romney, America failed to self-correct. This can only mean one thing: The landscape has changed. There are officially more of them than there are of us. I recognize that this was inevitable, but, admittedly, it came far sooner than I had anticipated. No one could have convinced me of yesterday's outcome, but, nevertheless, here we are.

Prepare yourselves. It is true that the rich will be poorer, but the poor will be poorer too. Everyone will be worse off, jobs will be scarcer, our political freedoms will be fewer, freedom of speech will be further curbed, the Internet will be regulated, your whereabouts will be monitored, healthcare will be rationed.

"They who can give up essential liberty to obtain a little temporary safety deserve nether liberty nor safety," warned Benjamin Franklin.

And neither we shall have.

[Editor's note: This article is more depressing than we usually publish on TOS Blog, and it doesn't include our usual call to some sort of positive action; but given the mood of the day, and given how beautifully this is written (albeit about an ugly situation), I made an exception. My advice: Read it, commiserate as necessary—and, then, let's all redouble our efforts to educate the thinking people of the world about the moral and philosophic foundations of freedom and prosperity. Failure is simply not an option. —Craig Biddle]

View all articles by vgregory →
If Republicans Want to Win, They Must Embrace Individual RightsAmazon Kindle E-Reader Brings Books to the Developing World
Return to Top