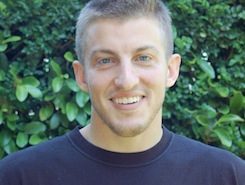 On Monday, Alex Epstein, president and founder of the Center for Industrial Progress, will debate arch-environmentalist Bill McKibben at Duke University. Epstein will argue that fossil fuels improve the planet; McKibben will argue that they harm it.

In July, McKibben, whom the Boston Globe has called “the nation’s leading environmentalist,” claimed that climate science has produced “three simple numbers” which prove that the fossil fuel industry, which he calls “Public Enemy Number One,” is leading us down a road to “global catastrophe.”

Epstein didn’t think it was quite that simple. He and his colleague, physicist Eric Dennis, responded with a lengthy explanation of how McKibben’s article is riddled with “bad thinking methodology” and is “unworthy of scientific attention”; they then challenged McKibben to a debate.

As Epstein puts it, the debate “should be a great illustration of how the philosophy of environmentalism stacks up against the philosophy of industrial progress.”
The debate is being hosted by Duke University’s Program on Values and Ethics in the Marketplace and will be held Monday, November 5th at 7:00 p.m. EST in Love Auditorium. It will also be live-streamed on the web.