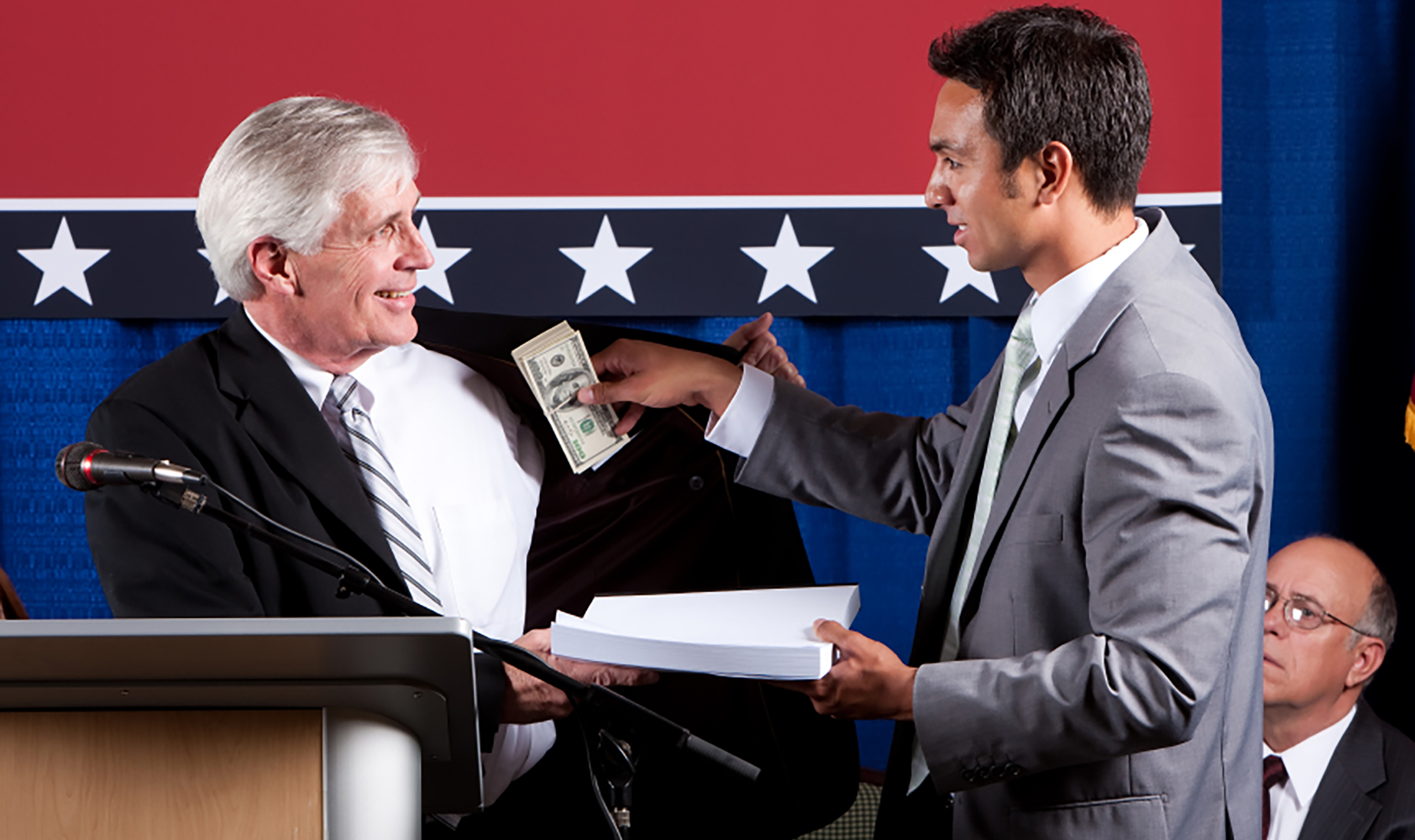 Should politicians be permitted to restrict campaign speech? That is a question Colorado voters will face this Fall regarding Amendment 65, a ballot measure asking politicians to support an amendment to the U.S. Constitution "that allows Congress and the states to limit campaign contributions and spending."

Recently I presented my case against the measure in a debate with Ken Gordon, a former state senator and current director of a group called Clean Slate Now. I argued essentially that it aims to violate people’s right to freedom of speech.

In hindsight, I should not have conceded, as I did, that “money corrupts politics” in some cases. True, some interest groups spend money on campaigns in the hope of receiving special government privileges, such as corporate welfare subsidies or coercive “protections” against their competitors. However, to concede that “money corrupts politics” wrongly implies that the modern political system is pure and noble until it is corrupted by money.

The proper way to describe the problem is that, within modern government, politics corrupts money.

Francisco d’Anconia, one of the heroes of Ayn Rand’s novel Atlas Shrugged, describes the nature of money in his famous speech on the matter:

Money is a tool of exchange, which can’t exist unless there are goods produced and men able to produce them. Money is the material shape of the principle that men who wish to deal with one another must deal by trade and give value for value. Money is not the tool of the moochers, who claim your product by tears, or of the looters, who take it from you by force. Money is made possible only by the men who produce.

D’Anconia describes precisely the problem of influence-peddling in government:

Money is the barometer of a society’s virtue. When you see that trading is done, not by consent, but by compulsion—when you see that in order to produce, you need to obtain permission from men who produce nothing—when you see that money is flowing to those who deal, not in goods, but in favors—when you see that men get richer by graft and by pull than by work, and your laws don’t protect you against them, but protect them against you—when you see corruption being rewarded and honesty becoming a self-sacrifice—you may know that your society is doomed.

Although the source of money is virtuous because it is production, money is corrupted when it is used to buy political favors.

Gordon, however, rejects the notion that politics corrupts money. In a September debate against legal scholar Dave Kopel, Gordon said:

This argument [is] that . . . if a government didn’t give out tax breaks and subsidies and benefits, then there wouldn’t be an incentive for wealthy corporations, banks, unions, pharmaceutical companies, insurance companies, to make campaign contributions. . . .

This is what I would say to that: It’s the other way around. The reason why government gives these benefits, subsidies, tax breaks, and money, basically, to large contributors like the banks . . . is because they’ve bought it. They’ve bought it with their campaign contributions.

Unfortunately for Gordon, history proves his claim to be nonsense. It is not until the rise of a powerful central government that controls large segments of the economy, a trend that (in America) started with the socialist “progressive” movement of the late 1800s, that the focus and aim of politics became the buying and selling of political favors.

When the government is charged, not with protecting the rights of individuals to produce peacefully and trade consensually, but with attempting to control economic activity, the inevitable result is influence-peddling by interest groups. Historically and logically, influence peddling follows government controls as inevitably as night follows day.

In his interview with TOS last summer, Institute for Justice attorney Steve Simpson aptly summarized the problem with claims such as Gordon’s:

[C]ampaign finance laws in general are motivated by a desire to evade the consequences of the political system we have today. Modern government is a political spoils system in which citizens often elect representatives for the express purpose of redistributing wealth, regulating business, restricting property rights, and doling out costs and benefits to various interest groups. These are not just incidental effects of otherwise legitimate functions; they are held out by most people as part of the core purpose of government.

But these functions are inherently corrupt. There’s no legitimate way to take one person’s wealth or property and give it to others, or to prevent him from pursuing legitimate business or associating with whomever he pleases. I think the proponents of unlimited government recognize this on some level and look for ways to make the exercise of that power seem legitimate. They have no problem with a government that possesses almost unlimited power, but they view it as unseemly when people try to use that power for their own benefit. So they try to limit the influence of certain groups or require disclosure of their political activities and the like, as though the power to control the lives of others will become legitimate if it is “democratized” and distributed equally among a larger group of voters or interest groups.

Gordon inadvertently offered evidence to support Simpson’s case when, in the debate with me, he described the lobbying of the insurance companies prior to the passage of Obamacare. The entire framework for such influence-peddling is the leftist vision—which Gordon shares—of a government-controlled health industry. When the government controls health care, lobbying by interest groups regarding health policy inevitably follows.

In order to solve the problem of interest groups seeking political favors, we must understand that politics corrupts money, not the other way around, and that the solution is to establish a government that protects individual rights, rather than controls economic activity and forcibly transfers wealth.

View all articles by Ari Armstrong →
Letter to the Editor
Archbishop’s Claim that Gay Marriage Threatens Religious Freedom is a Threat to Religious FreedomSesame Street to PBS: “Don’t Be a Bully”
Return to Top