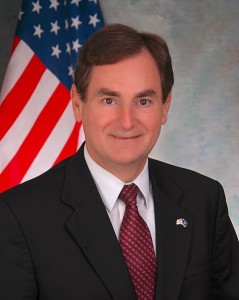 Once again, a Republican congressional candidate has thrown the party back on its heels with a cruel comment concerning rape.

In answer to a debate question on when abortion should be legal, Indiana GOP senate candidate Richard Mourdock said:

I struggled with it myself for a long time, but I came to realize that life is that gift from God. And, I think, even when life begins in that horrible situation of rape, that it is something that God intended to happen.

Just as Mitt Romney and other Republicans had cut into the Democrats' advantage with female voters, [Mourdock’s comment] has propelled the emotional issue of abortion back to the political forefront. It's put GOP candidates in tight races, from the presidential candidate on down, on the defensive.

But Mourdock’s comments reveal a much deeper ideological problem for the GOP, a problem that won’t go away unless Republicans explicitly repudiate the authoritarian social agenda of the religious “right,” including its opposition to legal abortion. That social agenda contradicts the party’s purported support (diluted though it is) for limited government and political and economic freedom.

It is commendable that the Romney camp and many Republicans quickly rejected Mourdock’s position that abortion should be illegal even in cases of rape. But forward-thinking Republicans must recognized that Mourdock’s comment is no random misstep. His position, like that of many other Republicans (e.g., Akin and Sharron Angle), is consistent with the religious premise that personhood and therefore rights begin at conception.

Fortunately, some younger Republicans appear open to moving in that direction. Republican activist Margaret Hoover, for instance, is calling for the Republican Party to repudiate the religious elements of its agenda and to unite the party platform under the principle of “American Individualism.” (See my TOS review of her book of that title.)

For now, however, religious authoritarianism continues to throttle Republican efforts to uphold the American ideal. Until the GOP loses its affinity for dragging religion into politics, it simply cannot stand consistently for liberty; it cannot be the party of principled, constitutionally limited government; thus it cannot expect the kind of electoral success that follows only from such principles.

View all articles by Michael A. LaFerrara →
Letter to the Editor
Ayn Rand vs. Obama: Whose Ideas are Right for Teens (and Adults)?Evolution is Scientific Fact, Not a “Lie from Hell”
Return to Top