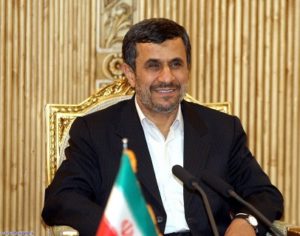 Although last night’s presidential debate focused on foreign policy, only Mitt Romney came close to mentioning the driving motivation of those in the Middle East (and beyond) who engage in religious terrorism; who murdered American citizens at the embassy in Libya, the World Trade Center, and elsewhere; who seek to destroy Israel; who seek nuclear bombs to terrorize the globe; and who brutalize and slaughter women, homosexuals, and “infidels: Islam.

Even Romney did not clarify the nature of this ideological force; instead, he said, “We're also going to have to have a far more effective and comprehensive strategy to help move the world away from terror and Islamic extremism.”

Fortunately, Romney at least recognizes that the problem has something to do with Islam. Unfortunately, Romney’s characterization of the problem as being Islamic “extremism” does not point to the core issue. The problem we face is that many Muslims, unlike most Christians and Jews in the West, take their religion seriously and thus seek to establish a global totalitarian theocracy that enforces universal sharia law.

Only recognition of the fact that Islam—when taken seriously—is an ideology of murder, destruction, and enslavement, makes sense of Islamic violence and threats; and only such recognition makes possible a U.S. foreign policy that can end this threat.