Obama’s Doctrine of “Fairness” has been Tried Elsewhere 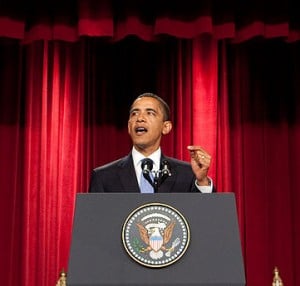 In last night’s pathetic debate between Barack Obama and Mitt Romney, three sentences from Obama stood out to me:

Obama’s invocation of free enterprise, self-reliance, and individual initiative is obviously at odds with his proposals for government to take over health care, regulate banks and other businesses more oppressively, and aggressively expand government spending and the welfare state.

Notably absent from Obama’s comments—as from his policies—is any explicit reference to any standard, such as that of individual rights.

Americans should ask themselves how that principle has worked out elsewhere.