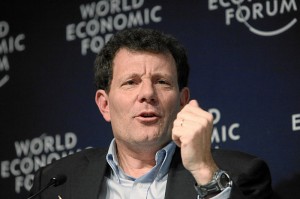 New York Times opinion writer Nicholas Kristof has expressed consternation that many of his readers were “savagely unsympathetic” in their responses to a column in which he shares the story of his recently deceased friend, Scott Androes, in hopes that “his story would help readers see the need for universal health care, so that others wouldn’t suffer as he has.” According to the story, Androes failed to see a doctor, when he began to experience symptoms of prostate cancer, because he chose not to buy health insurance—an expense which he easily could have afforded.

Yet the readers’ quotes cited by Kristof do not show lack of sympathy for Androes. Rather, they exhibit a staunch refusal to be guilted into endorsing an egalitarian health care system.

Kristof offers the false alternative of unfeeling sociopath vs. Obamacare supporter—and his readers are right to reject it. One may, as no doubt many of Kristof’s readers do, feel sympathy—a sharing of the sadness about someone’s loss or even his mistake—for Androes without disregarding the facts. One highly relevant fact in this case was aptly stated by one of Kristof’s Twitter followers: “actions have consequences.” Androes could have purchased health insurance, or he could have paid directly for a doctor’s visit, yet he chose to do neither; he chose a course of action with different consequences.

For those unmoved by his emotional intimidation, Kristof offers a second argument: “If you object to Obamacare because you don’t want to pay Scott’s medical bills, you’re a sucker. You’re already paying those bills” because Androes was treated by Swedish Medical Center “as a charity case.”

It’s actually not clear that the cost of this treatment was borne by taxpayers, since Androes submitted an application for charity to the hospital. But even if it is true that this charity was somehow funded by the government—in which case it wasn’t actually charity—that is not a an argument in favor of Obamacare. Rather, it is an argument for the dismantling of government programs that allow a hospital’s “charity cases” to be funded with expropriated wealth.