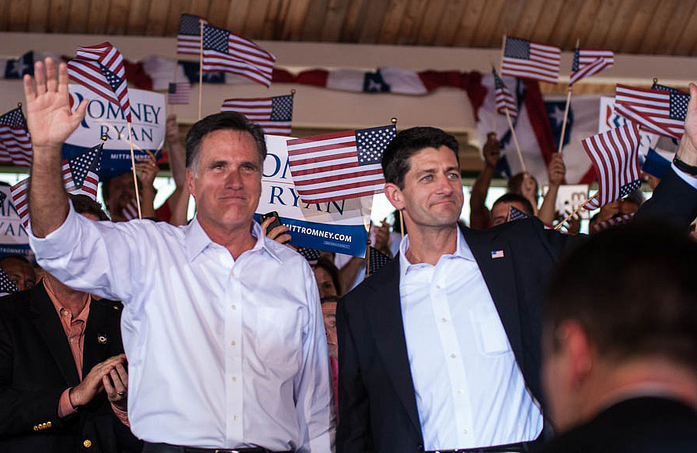 Prior to Mitt Romney’s selection of Paul Ryan as his running mate, I was going to vote “for” Romney in the sense of voting against Obama. In light of this development, however, I not only plan to vote for Romney-Ryan; I also emphatically endorse their ticket, and I urge readers of TOS, Objectivists, and fans of Ayn Rand to do the same.

Clearly—and contrary to leftist hype that I wish were true—Ryan is not an Objectivist. (Nor, thankfully, does he pretend to be one.) He doesn’t understand what rights are or where they come from; he doesn’t advocate laissez-fare capitalism; he has voted for and supports various rights-violating policies; and his fundamental philosophy, Catholicism, guarantees that he will continue supporting such policies in the future. But it is crucial to bear in mind that no politician today advocates genuine freedom, none understands the principle of rights, all support rights-violating policies, all embrace fundamentally false philosophies. This is the political reality of the day. And, in this reality, Paul Ryan is as good as it gets.

Ryan is an intellectual, which means he is genuinely concerned with ideas. He is even, to his credit, concerned with Ayn Rand’s ideas. Although he has made clear that he prefers Thomas Aquinas’s epistemology to Rand’s, he has also made clear that he sees Rand’s ideas as important, worthy of consideration, and substantially capable of explaining the state of the world.

For a politician to appreciate Rand’s ideas (even if he doesn’t fully understand them) and to extol them publicly is a welcome development. For the same politician to see entitlement programs as the main political problem throttling the U.S. economy—and to be willing and able to articulate why—is also welcome. For this same man to be selected as the vice presidential candidate on a viable ticket for the White House—when the alternative is an incumbent dedicated to destroying America—is as good a development as anyone could reasonably have hoped for today.

Ryan’s reverence for Rand, shallow as it may be, is a major positive because it helps to bring Rand’s ideas to the fore in American politics. Just as the movie Atlas Shrugged: Part 1, which was far from great art, nevertheless helped to inject Rand’s ideas into the national discussion, so this Rand-inspired vice presidential candidate, who is far from an ideal politician, will help—and indeed is helping—to inject Rand’s ideas into the national discussion. . . .