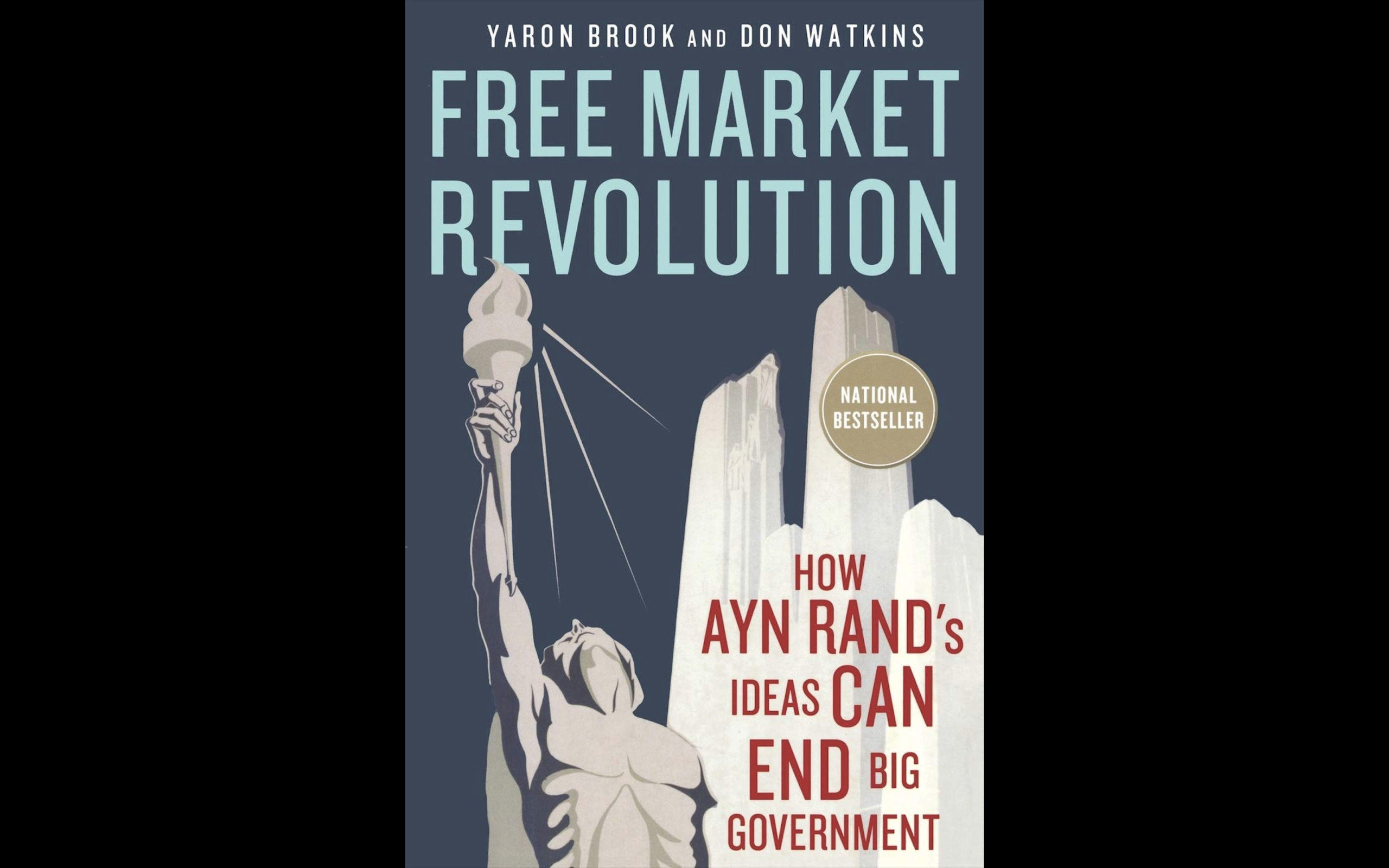 Stop letting the enemies of capitalism claim the moral high ground. There is nothing noble about altruism, nothing inspiring about the initiation of force, nothing moral about Big Government, nothing compassionate about sacrificing the individual to the collective. Don’t be afraid to dismiss those ideas as vicious, unjust attacks on the pursuit of happiness, and self-confidently assert that there is no value higher than the individual’s pursuit of his own well-being. (p. 220)

So write Yaron Brook and Don Watkins in Free Market Revolution, a rallying cry for the morality of capitalism and the self-interested pursuit of profit.

The book is ambitious: In 221 pages of text (excluding front and back matter), the authors seek to explain the nature of capitalism, to define and defend its moral foundation of self-interest, to describe how it has suffered decades of assaults not only from “Progressive” leftists but from altruistic conservatives, and to sketch a road map for instituting genuine, laissez-faire capitalism in America.

Part I devotes four chapters to describing “The Problem,” beginning with how governmental powers have continually expanded over the past century and a quarter. Drawing on language formulated by their former colleague at the Ayn Rand Institute, Alex Epstein (now the director of the Center for Industrial Progress), the authors next discuss “the argument from greed and the argument from need,” the two major claims made for expansive government. Part I closes with a chapter on the housing meltdown, illustrating the points of previous chapters.

Part II, “The Solution,” defends rational self-interest and the profit motive, reviews the basic economic case for free markets, recounts the injustices and harms of the regulatory state and the “entitlement” state, and illustrates these points in a chapter devoted to the ailing health-care system. The final chapter explains why “a mixed morality leads inexorably to demands for a mixed economy” (p. 215)—and argues for a consistent morality of rational self-interest and a consistent politics of capitalism. . . .

View all articles by Ari Armstrong →
Letter to the Editor
Robert Zubrin on the Scourge of AntihumanismReview: The Financial Crisis and the Free Market Cure, by John Allison
Return to Top