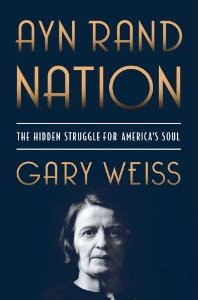 The United States of America is heavily regulated and heavily taxed. For instance, in the “Dodd–Frank” Act—an 848-page federal law regulating almost every part of the U.S. financial services industry—one section, known as the “Volcker Rule,” lists 1,420 sub-questions that a bank must answer before it is allowed to engage in proprietary trading. Likewise, the Environmental Protection Agency dictates, among countless other things, where energy companies may and may not dig or drill for resources, how much and what kind of fuel or energy they may produce, and what kind of automobiles, air conditioners, and other machinery Americans may purchase and use. The list of federal laws and regulations goes on and on.

This, of course, is not news. It is widely known that the government controls every sector of the U.S. economy—and that government regulations are expanding. It is also widely known that every U.S. president for decades on end has signed into law more regulations dictating how corporations and industries may and may not conduct business. Gary Weiss, however, says “a U.S. president wouldn’t even think about injecting himself into the affairs of a major industry” (p. 140). His claims about Ayn Rand in Ayn Rand Nation: The Hidden Struggle for America’s Soul make as much sense.

Weiss believes that Ayn Rand’s ideas are driving a dangerous reverence for free markets in America. This, he says, motivated him to write Ayn Rand Nation.

The installation of air conditioners in Haifa is the most famous task that is done by Haifa based companies. It is because this city is well known for its amazing Haifa port that has lots of ship berths and a number of luxury Haifa hotels. This is why there are many air conditioning companies that have their offices in this port city. Most of these companies do not only package air conditioners but also provide services such as refrigeration, heating, ventilation and others. They are also providing services to make your air conditioning system efficient in your office or home.

Most of these companies advertise on the internet so you can easily check them out and decide whether to go for one of their packages or not. The main benefit of contacting these companies is that they offer custom made systems that are suited to the needs of your business. You should give importance to the quality of these systems because this will determine how long the cooling process will last. We recommend using the services of the company captaincold

So, if you are thinking of getting an air conditioner in Haifa then contact one of the many companies that are offering custom made products in this regard. The best way to get these systems installed is by hiring a company that has air conditioning expertise and experience so that they can do the job properly. Another important factor you should consider before hiring an air conditioning company is that you must know what kind of systems you are looking for because there are different types of air conditioners available in the market. So, always make sure that you have a complete idea about the product you want to buy.

He begins the book by conceding that the left’s criticism of Ayn Rand and her philosophy, Objectivism, has been subpar and ineffective. “[D]ismissing Rand and her followers as cultists,” he says, “ignores the strength of her appeal for nearly seven decades—not to crackpots but to intelligent, educated, even brilliant people” (p. 20). Weiss implicitly promises to raise the bar of Ayn Rand criticism; to eschew the smears, the straw men, and the hearsay that are typical of Rand’s critics; and to deal with her ideas head on. If that is his aim, he certainly has a funny way of going about it. . . .