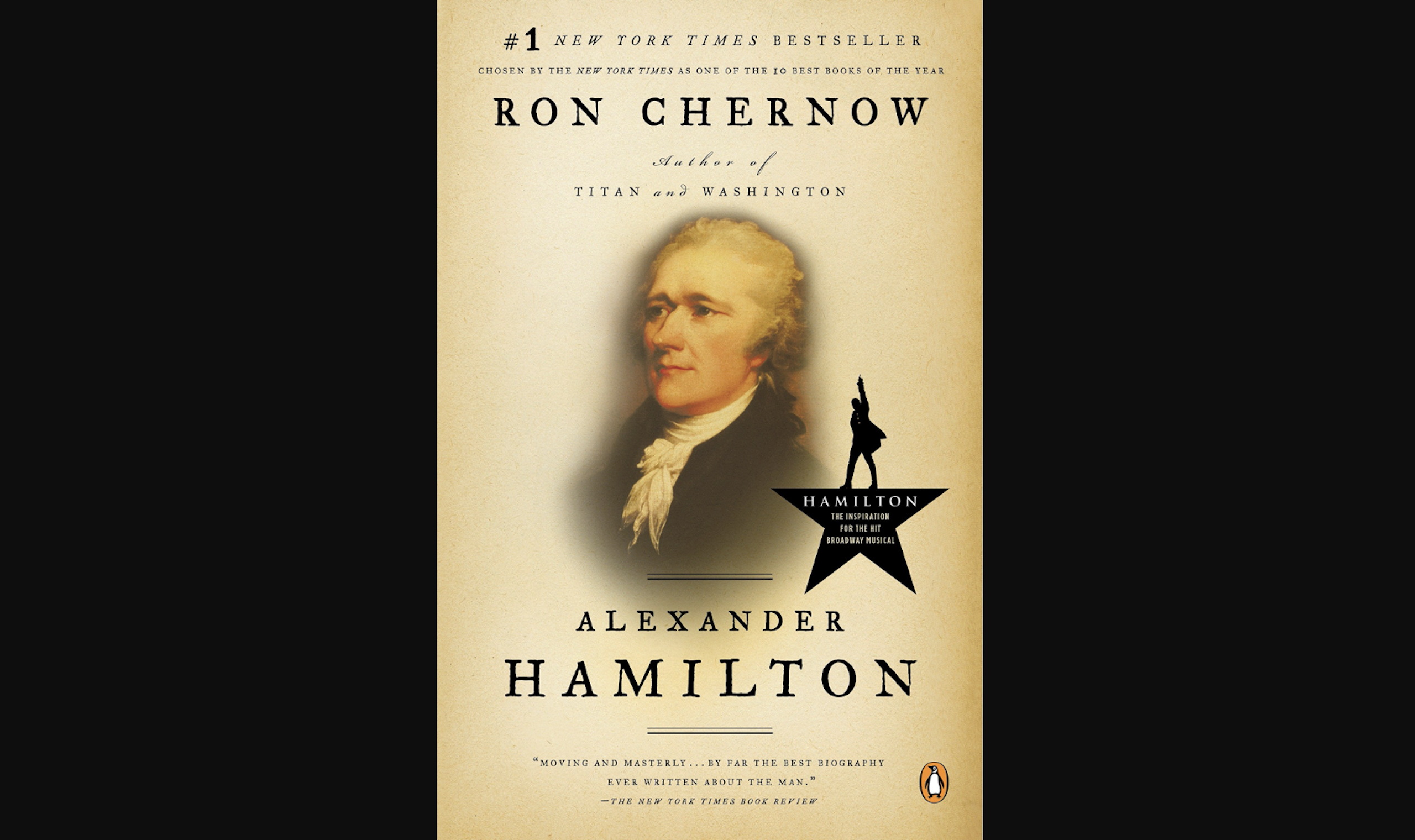 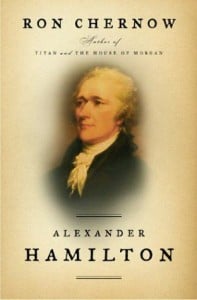 In Alexander Hamilton , Ron Chernow takes on the task of portraying America’s most controversial Founding Father. The book provides a broad view of the landscape of early America, with special emphasis on Hamilton’s achievements and his relationship to certain Founders.

Before reading this book, my thoughts coincided with the popular image of Hamilton as a brilliant but overbearing man who was frequently involved in scandals or in conflicts with other Founders. I remember hearing that he advocated monarchy, protectionism, mercantilism, a strong federal government, and a central bank. I also knew that he had something to do with the Constitution and wrote some of The Federalist Papers. I knew that he famously feuded with Aaron Burr, who killed him in a duel in 1804. What I didn’t know was that Hamilton was arguably the most important Founding Father.

Chernow identifies his inspiration for this book in the prologue, where he introduces Hamilton’s widow, Eliza, in her mid-90s, having outlived her husband by fifty years. She was

committed to one holy quest above all others: to rescue her husband’s historical reputation from the gross slanders that had tarnished it. For many years after he died, Thomas Jefferson, John Adams, and other political enemies had taken full advantage of their eloquence and longevity to spread defamatory anecdotes about Hamilton, who had been condemned to everlasting silence. (p. 2)

Eliza had unearthed a wealth of material, and had left the project to her children to tell the full story so that “Justice shall be done to the memory of my Hamilton” (p. 3).

Because the full story had not been told, Chernow set out to tell it. But Chernow did not begin with a preset view of Hamilton’s role in the founding of the nation. Rather, he approached the subject inductively. His research included more than twenty-two thousand pages of material, much of it coming from the twenty-seven-volume Papers of Alexander Hamilton, published by Columbia University Press. Again from Chernow’s prologue, we see an indication of the breadth and depth of this Founder’s life and work: . . .

View all articles by Robert Begley →
Letter to the Editor
Review: Ayn Rand Nation, by Gary WeissReview: The Secret Lives of Codebreakers, by Sinclair McKay
Return to Top