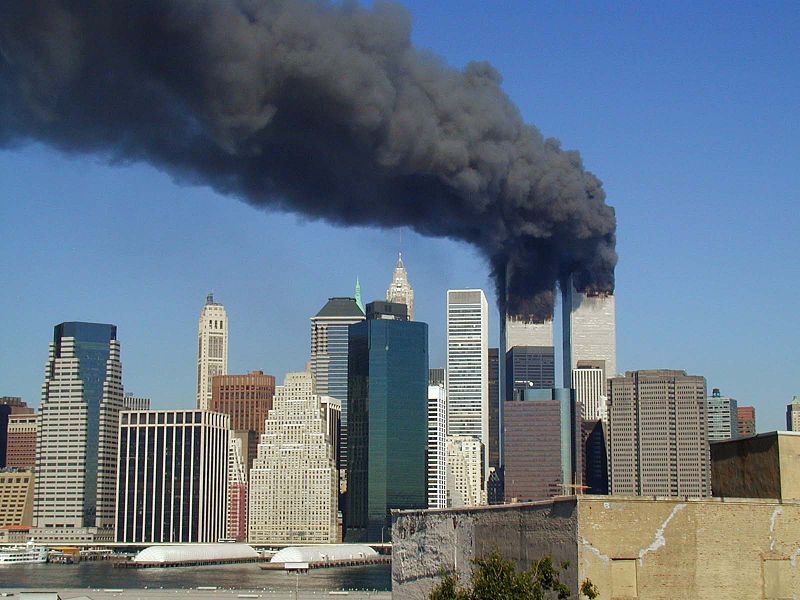 On the morning of September 11, 2001, Mohammed Atta and his minions flew stolen planes into the World Trade Center and the Pentagon, destroying the former and murdering thousands of innocent civilians. What motivated this atrocity? What filled the murderers with such all-consuming hatred that they were willing to surrender their own lives in order to kill thousands of innocent human beings? The clear answer is that these were religious zealots engaged in holy war with their primordial enemy—the embodiment of the modern secular West: the United States of America.

In their evil way, the Islamists provide mankind with some clarity. They remind us of what real religion is and looks like—not the Christianity or Judaism of the modern West, watered down and diluted by the secular principles of the Renaissance and the Enlightenment; but real faith-based, reason-rejecting, sin-bashing, kill-the-infidels religion. The atrocities of 9/11 and other similar terrorist acts by Islamists do not clash with their creed. On the contrary, they are consistent with the essence of religion—not merely of Islam—but religion more broadly, religion as such.

This is an all-important lesson that humanity must learn: Religion is hazardous to your health.

Unfortunately, conventional views of religion hold just the opposite. Many people believe that religion is the necessary basis of morality—that without belief in God, there can be no ethics, no right or wrong. A character in Dostoyevsky’s The Brothers Karamazov famously expressed this view: “In a world without God, all things become permissible.” In the 21st century, many people still believe this.

But the converse is true. A rational, fact-based, life-promoting morality is impossible on religious premises. Indeed, religion clashes with every rational principle and factual requirement of a proper, life-advancing ethics. A proper ethics, one capable of promoting flourishing human life on earth, requires the utter repudiation of religion—of all of its premises, tenets, implications, and consequences.

To begin understanding the clash between religion and human life, consider the Dark Ages, the interminable centuries following the fall of Rome in the 5th century AD. The barbarian tribes that overran Rome eventually converted to Christianity, which, in the form of the Catholic Church, became the dominant philosophic and cultural force of medieval Europe. Unlike the essentially secular classical world, or the post-Renaissance modern world, the medieval world zealously embraced religion as the fundamental source of truth and moral guidance. What were the results in human life? . . .