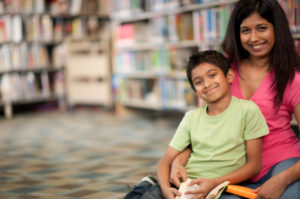 There is a growing effort on the part of parents of children in government-run schools to broaden the options open to them for improving their children’s education. This movement, known as the parental school choice movement, has been underway for decades. But a new effort within the movement has recently emerged. The Chicago Tribune calls it “A Parent Revolution.” There is even an advocacy group by that name, and a movie about this phenomenon is set to be released in September. It has become known as the Parent Trigger Law movement.

What are Parent Trigger Laws? As the National Conference of State Legislatures explains:

The basic concept of the policy is that parents have the ability to intervene in their child's school if it is performing poorly. With enough signatures from parents, any number of actions can be taken against the low performing school. These can include converting it to a charter school, replacing some of the school's administration and faculty, and closing the school altogether. Some have also proposed offering affected students private school vouchers.

California passed the first such law in January 2010. Six more states followed suit, and 13 more have proposals on the table.

Now, California is the scene of the nation’s first parental exercise of a trigger law. There, a majority of parents with children in the Desert Trails Elementary School in Adelanto, which the state has labeled as “failing,” voted to take over the school, and their initiative was upheld by the Superior Court of California. The parents seek to convert the traditional public school to a charter school.

The impetus behind the trigger movement is eminently understandable: Parents are legitimately frustrated with the ongoing failure of government schools to provide a decent education for their children. In California alone, by the state’s own criteria, there are 1,300 “failing” public schools that qualify for parental takeover under the state’s trigger law.

As promising as this may sound, there are big problems with this approach. In short, it would replace the tyranny of entrenched central planning with the “tyranny of the majority”, while leaving the immoral practice of tax-funded education unchallenged.

What of the parents who, for one reason or another, are happy with their schools? In a free education market, in contrast, dissatisfied parents would be free to move their children elsewhere, leaving the school—which would be private—to compete for the students of other parents who may like the school’s educational mission.

And what about taxpayers who do not have children in the school, but are nonetheless forced to fund it? Doesn’t their voice count? What about disagreements within the group voting for the takeover? There is no way, outside of a private market for education, to resolve such issues.

That said, there is a silver lining surrounding the Parent Trigger Law movement: It is another manifestation of the continuing growth of the broader parental school choice movement. To effectively harness that strength, citizens concerned about education should focus their energies on the only practical and moral solution to the problem of government schools: Advocate reforms that recognize the rights of Individuals—such as properly structured tax credits—and work to advance education toward a fully free market in education.

View all articles by Michael A. LaFerrara →
Further Thoughts on Why Objectivists Should Actively Campaign for Romney-RyanCan Paul Ryan Make the Moral Case for Capitalism?
Return to Top