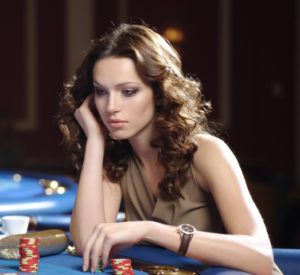 I approach recreational poker as entertainment, not gambling. I enjoy playing, even though I’m a novice and often lose. As a game, poker offers some meaningful lessons.

1. Act on reason, not emotions. Praying, hoping really hard, or performing some superstitious ritual will not change the sequence of cards. The cards are what they are, and they are in a particular sequence for a given hand, regardless of how much you may wish otherwise. Poker reinforces this reality-based perspective by punishing those who act on emotions without the guidance of reason.

The same is true in poker. As David Sklansky writes in his classic The Theory of Poker, “It is a common fallacy for players to think in terms of the money they have already put in the pot. They make a bad call because they called one or two bets on earlier rounds.”

3. Savor the right decision, even if it doesn’t pay off. Starting a new business is risky. So is getting married, or doing any number of other things. We never have perfect information about the future, so we should make the best decision we can based on the available evidence, then be satisfied with that decision, even if not the outcome.

Sklansky writes that making a good decision “gives you a sense of equanimity toward winning or losing a bet.” He adds, “I actually derive pleasure from making a good fold though I have lost the pot.”

4. Keep perspective. Poker can be a lot of fun. It can also be dangerous to those who get obsessed with it and risk more money than they can reasonably afford to lose. Poker offers a good reminder that each individual rightly makes his own decisions—and pays a price for making irresponsible ones. (Members of congress appear to be unaware of this principle, but, then, they’re spending our money, not their own.)

I lose at poker more often than I’d like, but it’s fun and it offers some valuable lessons. When played with the right perspective, it’s true that “every hand’s a winner.”

View all articles by Ari Armstrong →
Atheism Rises in U.S.—But What About Reason?Help Joshua Lipana Fight Cancer—Update 2
Return to Top