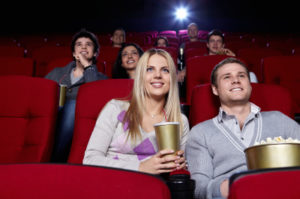 Understandably, the horrific murders at a movie theater in Aurora, Colorado, have put many people around the country on edge.

Obviously, we want to do what we reasonably can to protect ourselves and our families from criminal attacks. And we want our government to take seriously its responsibility to protect individual rights, a major aspect of which is protecting people from crime.

However, it is counterproductive to obsess about crime or to make decisions based on irrational fears about crime. So let us put the risks of crime in context:

Death by a criminal assault is particularly horrifying. A murder, the ultimate act of injustice, ends a life prematurely and is beyond agonizing for the victim’s loved ones.

Nevertheless, even as we recognize the remote possibility that we or a loved one could be a victim of violent crime, we should treat the scant possibility of criminal assault as we treat other scant but awful possibilities, such as car crashes.

Life in America is still generally good and generally safe. Let’s remember to live it.

View all articles by Ari Armstrong →
End U.S. Extortion Payments to EgyptObama’s Way vs. The American Way
Return to Top