Indian Patients Wait Weeks for Treatment—Can You Guess Why? 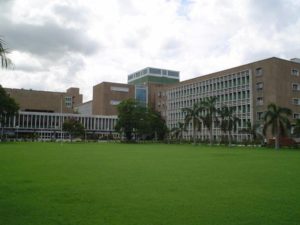 The pattern is the same everywhere government takes control of medicine: Patients rush to receive “free” (or highly subsidized) care with little regard for need or cost, while government controls drive many of the best doctors from the field, leading to reduced quality, waiting lines, or outright rationing. Consequently, those with the most urgent need for health care often cannot get it.

The latest news of a nation to suffer such predictable problems comes from India. The Times of India reports that getting “an appointment in the department of radiation oncology or surgical oncology” can take up to eight weeks at the state-controlled All India Institute of Medical Sciences. Union health minister Ghulam Nabi Azad blamed the waits on the “large number of patients and non-availability of cancer treatment facilities at other government hospitals."

For patients requiring a total hip replacement or a total knee replacement, the waiting period is five months and six months, respectively.

Those who need a surgery to remove a malignant tumor have to wait another six months, while those carrying a benign tumor will get a date of surgery 24 months later.

Those tempted to blame these problems on India’s relatively undeveloped economy should note that India is not alone in suffering such problems; as radiologist Paul Hsieh notes on the Freedom and Individual Rights in Medicine blog, other states suffering the consequences of government health controls include Canada, the United Kingdom, Sweden, and, here at home, Massachusetts and California.

Government controls of medicine force doctors, patients, health insurers, and their customers to act against their judgment. Such force stifles medical advancements, limits the care available in the marketplace, makes doctors bow to bureaucrats, prohibits insurers from offering the policies they deem best, and leaves customers with fewer options—and sometimes no options.