Curt Levey on the Supreme Court and the Presidential Race

Curt Levey is the president of the Committee for Justice, an organization devoted to promoting judicial nominees who uphold the written constitution, as opposed to a “living constitution.” After graduating from Harvard Law School, Levey clerked on the Sixth Circuit Court of Appeals, then worked for the Center for Individual Rights, where he participated in affirmative action cases involving the University of Michigan. Levey worked for the Office for Civil Rights at the Department of Education before joining the Committee for Justice. Recently I had the opportunity to interview Levey about the Supreme Court in the context of the upcoming presidential election. Although I disagree with various aspects of Levey’s conservative perspective, I find his comments about the Supreme Court to be insightful. —Ari Armstrong 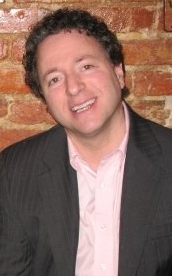 Ari Armstrong: To begin, would you say a few words about your background and your organization, the Committee for Justice?

Curt Levey: I’m a constitutional law attorney. I have worked mostly for public interest groups. I also ran the Title IX policy group at the Department of Education during the end of George W. Bush’s first term as president and the first part of his second term.

I have a civil rights background. I started out at the Center for Individual Rights, which is a litigation group; and since 2005 I’ve been at the Committee for Justice, becoming the head of the group in late 2006.

The group was originally set up with a relatively narrow mission of defending President Bush’s judicial nominees against the attacks and filibusters that they were facing at the time. Our mission has grown larger over the years. We’re still best known for promoting the nomination and confirmation of constitutionalist judicial nominees, and, under Barack Obama’s administration, opposing the worst of the nominees.

We also generally promote the rule of law and constitutionalism, the strict construction of the constitution and statutes, as opposed to the judicial activism and “living constitution” philosophy practiced by many liberal judges and promoted by most of legal academia.

AA: A major issue surrounding this year’s presidential election is the course of the Supreme Court. Which justices are likely to retire over the next few years?

CL: The most obvious justice to retire is Ruth Bader Ginsburg. She is the oldest, and she had pancreatic cancer. She had a very early stage of cancer, but I researched it at the time, and even that very early stage had a median survival of seventeen months. She’s already exceeded that, thank God, but, given age and the fact that cancer can come back years later, few expect her to still be on the bench at the end of the next president’s term. If Obama is elected, then he’ll appoint a liberal to replace the liberal Ginsburg; and if Mitt Romney is elected, hopefully he’ll appoint a conservative or at least moderate justice to replace Ginsburg, which would shift the court a little bit to the right. . . .