Thoughts on the Aurora Murders and Armed Citizens 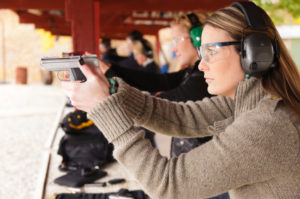 Like others throughout Colorado and the world, I am heartbroken by the horrific murders last week at a movie theater in Aurora, a theater a short drive from my home. The depraved lowlife, whose name does not deserve repetition, slaughtered twelve innocent, life-loving people and injured 58 more. The pain suffered by those involved and those who lost loved ones is unimaginable.

I’m disappointed that many advocates of gun restrictions rushed to use the murders to advance long-established political agendas, and that the media gave them a bright spotlight.

I did not wish to write about gun laws in the days following the atrocity; however, because the rights of law-abiding gun owners are under attack—and because gun ownership is an important way to help deter or stop such atrocities—I feel compelled to comment on the matter.

The murderer used three guns to wage his craven assault: a pump-action shotgun, a semiautomatic rifle with detachable magazines, and a semiautomatic handgun. The guns are inanimate, mechanical devices; it was the killer who turned them on the innocent.

Hundreds of thousands of Coloradans, and many millions of Americans, own similar guns and use them for lawful purposes, including self-defense.

A report from the Cato Institute examines surveys showing that people use guns to defend themselves from criminal attacks tens of thousands of times every year, if not far more often. The report reviews several thousand cases drawn from news accounts over the last few years. Of course, many acts of armed self-defense are never reported, and, if they are, typically the media pay them little attention.

In Colorado, good people with guns have saved many lives. For example, in April, an off-duty officer shot and killed a murderer outside a church in Aurora. In February, an armed doctor in Colorado Springs guarded an exit to help his colleagues escape a hostage taker; the doctor said, “I was absolutely prepared to shoot” the perpetrator. In 2007, a volunteer security guard shot a man assaulting a church gathering in Colorado Springs. Such examples are common not only in Colorado but across the country.

And armed people not only stop crimes in progress, they frequently deter crimes. When my wife and I saw the The Dark Knight Rises Saturday, we were glad to see that the local police department had sent more armed officers to theaters to deter potential copy-cat crimes. Criminals fear regular citizens with guns for the same reason they fear police officers: They don’t want to get shot. Dave Kopel has reviewed survey results and international crime trends showing that criminals often avoid those they fear might be armed. John Lott cites numerous statistical studies suggesting that concealed carry laws deter criminals. When a would-be criminal is afraid to victimize others for fear of being shot, that never becomes a news story—because nothing happens. When it comes to crime, no news is infinitely better than bad news.

Some argue that although government should not ban all guns it should ban so-called “assault” rifles, such as the semiautomatic rifle the murderer carried, as well as “high capacity” magazines. Such policies are senseless.

The term “assault rifle” is intended to condemn the rifle in question in the process of identifying it. Originally, the term referred only to fully automatic rifles. In this context, the politically loaded term refers to a semiautomatic rifle that accepts detachable magazines and that has a few cosmetic features irrelevant to its operation. A semiautomatic hunting rifle functions the same way—one pull of the trigger fires one round and chambers another round. The stated goal of various gun-restriction groups is to eventually ban every semiautomatic gun—which in many contexts is the most useful type of gun for self-defense.

While gun restrictions hamstring the innocent, they have little effect on criminals. Referring to the Aurora murderer, Colorado Governor John Hickenlooper noted, “If it was not one weapon, it would have been another.” It is worth noting that this murderer first opened fire not with a semiautomatic but with a pump-action shotgun. He also illegally constructed bombs and planted them in his apartment. Even if semiautomatic guns were totally outlawed—even if guns as such were outlawed—criminals could and would buy them on the black market or use other weapons to commit their vile deeds.

Magazine restrictions do not deter criminals from using whatever magazines they can get their hands on; they only cripple citizens who have guns for self-defense. Moreover, a criminal, who typically has the advantage of surprise and preparation, can as easily carry ten ten-round magazines as five twenty-round magazines. By contrast, the citizen who carries a concealed handgun often can feasibly carry only the magazine in the gun (though some do carry a spare, doing so is inconvenient). Likewise, a homeowner in his pajamas, facing intruders at night (who might have cut the power), may have a difficult time using more than the single magazine in his gun.

What magazine restrictions do, then, is limit the law-abiding citizen’s capacity to respond to a criminal threat. If three street thugs break into a single mother’s home, looking for some quick cash or perhaps something more physical, magazine restrictions effectively forbid her to put more than ten rounds between the criminals and herself or her children. If the criminals bring their black-market guns, wear protective clothing or gear, advance from covered positions, or cut the lights—or if the homeowner misses some of her shots—ten rounds might not be enough.

Of course the government should do what it can to reduce crime rates while respecting individual rights. But passing more gun restrictions would fail to cut crime (and would likely increase it), and it would violate the right of citizens to own guns of their choosing—a right that is a corollary of the rights to life, liberty, and property.

It is wrong to turn anger at a mass murderer into an assault on the rights of innocent citizens. And a crucial means to helping prevent horrific crimes in the future is respecting and protecting the rights of citizens to carry their choice of firearms legally.