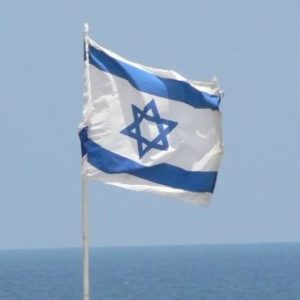 Is there a moral difference between a terrorist attack on a tourist bus and a nation acting in self defense? Not according to the Obama administration. As the New York Post writes regarding an Iranian-backed Hezbollah attack on Israeli citizens in Bulgaria:

Team Obama rightly blamed Iran after its proxy Hezbollah apparently blew up a bus in a terrorist operation that killed five Israelis. Then it went off the rails.

“This was tit for tat,” a State Department official told The New York Times, implying that the bombing was retaliation for Israeli assassinations of Iranian nuclear scientists.

Tit: Israel reportedly bumps off the Iranian engineers, men working on a device that could incinerate the entire Middle East—Israel first.

Tat: Terrorists operating under orders from Iran blow up a bus full of young civilians on vacation at a Black Sea resort.

To blithely accept that equation is to acquiesce in moral equivalence at its most cynical.

In the State Department’s eyes, it’s all an eye for an eye, tooth for a tooth—and the Iranians were merely reacting to Israel’s provocation.

This “says a great deal about the mind-set of the Obama administration,” notes the Post.

It sure does. With friends like Barack Obama, Israel doesn’t need enemies. But deadly enemies it has—led by Iran, whose own president has vowed to “wipe [Israel] off the map” and whose nuclear program aims to give his country the means to do just that.

The Post concludes, “the Obama administration should stop doing what amounts to PR work for the ayatollahs.” That’s true. But America should do much more than cease aiding the Islamist assault on Israel. America should commend Israel’s efforts to defend itself from the Iranian Islamists, and itself take the necessary actions to end the evil regime.

View all articles by Michael A. LaFerrara →
Celebrate the CinemaEnd U.S. Extortion Payments to Egypt
Return to Top